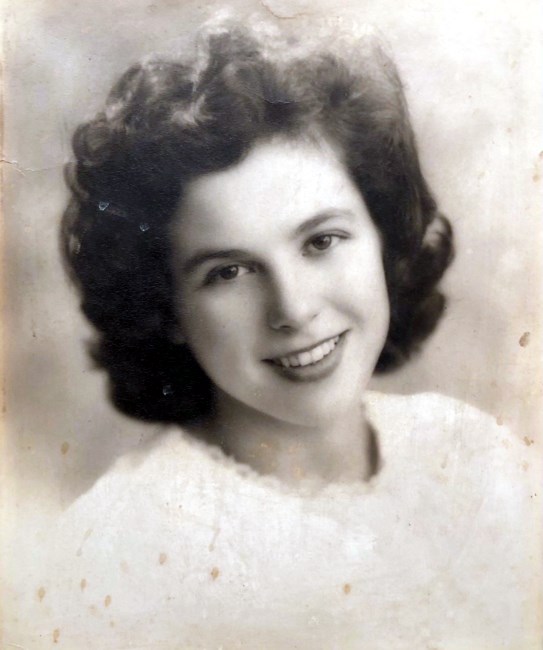 Virginia Rose Penny Naples of Orleans, MA (formerly of Wyckoff, N.J.) peacefully passed away on February 8, 2021 at the Terraces Nursing Home in Orleans, MA. Rose was born on March 8, 1926 in Buffalo, NY to James and Margaret Penny. She was the seventh child in a family of ten children. Rose was preceded by her nine siblings. Rose leaves behind her beloved husband Aloysious F. Naples Jr. of 71 years (“Al”). She was the devoted mother to seven children: Alyce, Virginia, Aloysious (Deceased), Adrienne, Thomas, Kevin, and William. She was the loving grandmother to 14 grandchildren and great grandmother to 5 great grandchildren. In addition, she leaves behind many nieces and nephews as well as extended family in Ireland. Upon graduating as a physical education major from New York University, she taught at Gettysburg High School and then at the College of New Rochelle. Rose met Al on Staten Island and they were married on January 21, 1950. They were life long partners and best friends. While her children were young she remained home and later resumed her teaching career at Franklin Lakes Jr. High School, St. Elizabeth's School in Wyckoff, NJ, and Wandell School in Saddle River, NJ. Rose was a lifelong educator who inspired many students and athletes, and many of whom have kept in touch. Rose also coached basketball and field hockey. However, her favorite sport was swimming, which she also instructed. Rose swam in the Red Cross Swimathons into her seventies and would swim the same number of laps as her age. An avid sports fan, she particularly loved watching NBA games and was animated while watching them on TV. Her career as a coach led her into refereeing. When she and Al moved to Cape Cod, she resumed her career refereeing field hockey. She always refereed the Cape Cod Classic summer field hockey Tournament. In 2000, Rose traveled to a Faneuil Hall Ceremony where she was awarded the Massachusetts Women in Athletics Distinguished Service Unsung Heroine Award by the MIAA for her contributions to the sport of field hockey. At the age of 80, Rose finally hung up her whistle. During this time, she mentored many field hockey referees. During retirement, Rose and Al loved the Cape Cod beaches (specifically Skaket and Nauset beach), bird watching, swimming, spending time with family, watching Cape Cod Baseball League games, Church and sunsets. She was an avid reader, often sharing her favorite novels with friends and family. Rose also found the time to volunteer at the Snow Library, the Chamber of Commerce Information Booth in Orleans, and Cape Cod Hospital. Rose was a Eucharistic Minister at St. Joan of Arc Church and volunteered for their thrift shop for over 20 years. Rose will be missed by many as she touched so many lives in her life's journey. A celebration of her life will be planned for later in the year. Donations in Rose’s name can be made to The Cape Cod Council of Churches for the Homeless or to The Perkins School for the Blind. “This above all: to thine own self be true, and it must follow, as the night the day, Thou canst not then be false to any man”.
See more See Less

In Memory Of Rose Virginia Naples