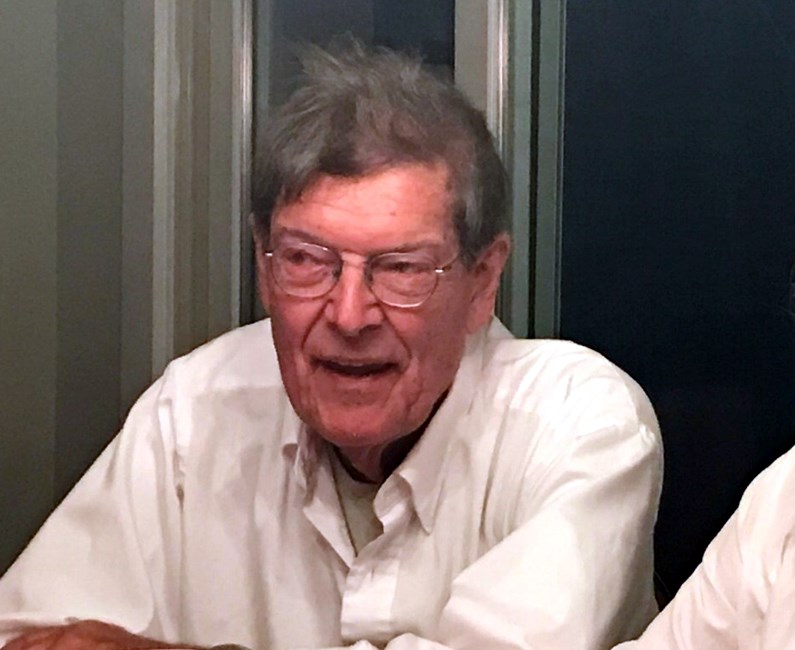 Dr. W. Nicholas Knight passed away on Sunday, October 23, 2022, after a short illness. Recently Nick resided at Broadreach Liberty Commons in Chatham, Massachusetts. Nick is loved by his four children and their spouses: Nate & Kristen Knight, Jessica Knight & Steve Connors, and Portia & Moses Calouro, all of Orleans, Massachusetts, and Polly & John Lynn of Edwardsville, Illinois. Nick, his sense of fun, and his pride in their activities is missed by his grandchildren: Alex, Elizabeth, Nicholas, Kathy, Gabriel, Ethan, Lauren, and Beatrice. Nick was preceded in death by his first wife Susan A. Harrison and second wife Diane Lowline Hawley Sanborn. He is missed by his friend and partner Lynn Reisenleiter. He is cherished by Diane’s children Dirk & Jeanne Sanborn of Elizabethtown, Kentucky; Blake & Donna Sanborn of Bourbon, Missouri; Dana D’Arcy & Tom French of Rolla; and by Diane’s grandchildren Brittany, Brandon, Lauren and Kaylen. Nick was a popular professor of English, first at Indiana University Bloomington, then Wesleyan University in Connecticut, and lastly Missouri University of Science and Technology, previously University Missouri Rolla. He earned his B.A. in English from Amherst College, M.A. from University of California at Berkeley, and Ph.D. from Indiana University. He knew his students well, encouraging them in their endeavors and writing. Three of the known signatures of William Shakespeare were discovered or authenticated by Nick. Professor Knight rendered college more accessible by teaching community college courses at night, sponsoring the Black Student Union, taking senior citizens on field trips to St. Louis, teaching Shakespeare in prison, mentoring English majors whose parents thought they should major in engineering. Nick Knight’s representative works include his book Shakespeare’s Hidden Life and his off-Broadway play The Death of J.K. He was active in Arts Rolla, Rotary Club, and the National Endowment for the Humanities. Born in 1939 to Elinor Pickering Cochrane of Melrose, Massachusetts and Nicholas William Knight of Carnegie, Pennsylvania, Nick was 83 years old when he passed. A private memorial service celebrating his life was held in Orleans, Massachusetts in early November. A public service will be held Saturday, January 21st at Christ Episcopal Church in Rolla, Missouri. Please be advised that electronic email is not secure and that neither the delivery nor timely delivery of electronic email is guaranteed. Please do not send confidential or sensitive information, such as social security numbers, account numbers, personal identification numbers, or time sensitive or action oriented messages to us via electronic email. This email may contain privileged and confidential information intended only for the use of the individual or entity named above. If the reader of this message is not the intended recipient, you are hereby notified that any retention dissemination or copying of this message is strictly prohibited. If you have received this message in error, please notify the sender by return email immediately and erase all copies of the message and attachments. Thank you.
See more See Less

In Memory Of William Nicholas Knight