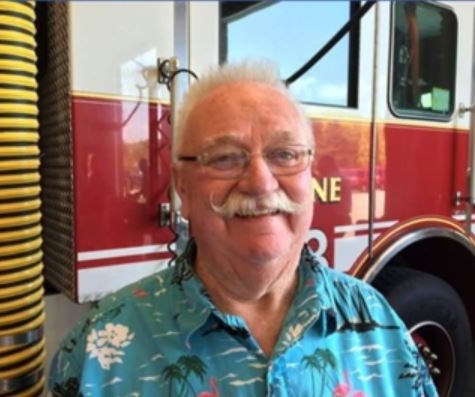 William R. Smith, 76, of Eastham, died suddenly at home Tuesday September 25. Bill lived a life of service to others, whether as a firefighter/paramedic for Yarmouth Fire Dept. for 30 years, as a communicant of St. Joan of Arc Catholic Church and board member of its St. Vincent DePaul Society, as a Habitat for Humanity volunteer who traveled with his own paint brushes, or his outreach to the “Bill W.” community. Bill cherished his sobriety and worked every day to maintain it. He leaves behind his loving partner of 24 years, Debbie Abbott; three children, Michele Leduc and husband, Steven, of Mendon; Nicole Kelleher and husband, Dan, of Upton; Paul Smith and husband, Justin McGuffee, of Boston; and six grandchildren, Christopher, Matthew, Jonathan and Christina Leduc and Sean and Ryan Kelleher. Other family includes Jamie Abbott of Santa Cruz, CA, his partner, Laurie Burleigh, and Jamie’s son, Nicholas: and George and Susan Abbott of Eastham and their daughter, Kieran Riley Abbott. Bill was born in Boston to John and Catherine O’Brien Smith, who preceded him in death. They moved to Hopkinton, MA, where he attended high school and then graduated from the University of Connecticut. His early work years on Cape Cod were at the newly built New Seabury where he was on a team that helped establish its award-winning golf courses. He discovered his love of the fire service in 1968 and went on to spend 30 years with Yarmouth. Bill retired as a Senior Private/Paramedic in 1999, and he loved telling people about the last “big fire” he fought - on a mutual aid engine to the Whalers Wharf five-alarm blaze in Provincetown in February 1998. Bill adored his family and never missed an opportunity to brag about their accomplishments. He established the now famous hand-written “Grandpa Says” notebooks for each of his grandchildren. On special occasions, he would write out a Grandpa saying for them to add to their book. As Bill always said, he and Debbie “enjoyed a life second to none,” nine months on Cape Cod, three months in Sarasota, Spring Training watching their beloved Red Sox, making friends everywhere they went. On Friday, Oct. 5, from 4 to 8 p.m., there will be a gathering with refreshments at the Chapel in the Pines, Samoset Road, Eastham, followed Saturday, Oct. 6, with an 11 a.m. Mass at St. Joan of Arc Catholic Church in Orleans. Burial will be private. In lieu of flowers, contributions in memory of Bill may be made to Habitat for Humanity Cape Cod, 411 Route 6a, Suite 6, Yarmouth Port, 02675; Chapel in the Pines, 220 Samoset Road, Eastham 02642; St. Vincent de Paul, 61 Canal Road, Orleans 02653. For online condolences, please visit http://www.nickersonfunerals.com
See more See Less

In Memory Of William R. Smith