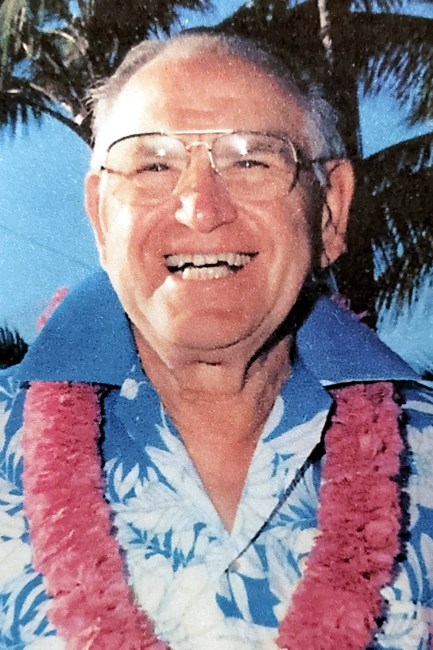 Charles (Ray) Fowler, 105, of Palm Coast, Florida, was called to eternal life with Christ on March 26, 2019. A funeral service with military honors will be held at 11 a.m. on Saturday, March 30, 2019, at Shepherd of the Coast Lutheran Church, 101 Pine Lakes Parkway, Palm Coast, Florida, with the Rev. William Douthwaite, III, officiating. Prior to the funeral service, a viewing will be held from 10:00 – 11 a.m. in the chapel at Shepherd of the Coast Lutheran Church. Entombment will be at Craig Flagler Palm Cemetery, in Palm Coast, with his final resting place to be Volusia Memorial Park Mausoleum in Ormond Beach. Ray Fowler was born November 27, 1913, in Chicago, Illinois, son of Charles O. and Marie (Schimmel) Fowler. When he was 12, he moved to Washington D.C. Ray graduated from the University of Maryland for both his undergraduate and law degrees. He was a member of the Bar of the District of Columbia and was admitted to practice law before the U.S. Supreme Court. Ray was drafted into World War II and fought under the direction of the 3rd Army commanded by General Patton in the Battle of the Bulge (Ardennes Campaign) and Rhineland Campaign. He was awarded numerous medals for valor including the French Legion of Honor. Ray continued to serve our country for almost 40 years of federal service concluding his civil service career as an administrative law judge for the U.S. Trademark Office. He married Dora E. Burger in 1957, at Messiah Evangelical Lutheran Church in Chicago, Illinois. Dora and Ray lived in Silver Spring, Maryland, until they retired in 1982, at which time they moved to Palm Coast, Florida. Ray’s love for the Lord was evident his entire life, whether it be teaching Sunday School, serving on the evangelism committee, lector, elder, usher or call committee, as he served in many church offices in our Lutheran Church-Missouri Synod. He was one of the founding members of the Shepherd of the Coast Lutheran Church. Ray was President of Palm Coast Lions Club and was a member of the local chapter of the Disabled American Veterans and Post 115 of the American Legion. Surviving are his children, Paul (Mary) Fowler and Anita Michael. Also surviving are Ray’s three grandchildren, Christina Fowler, Laura (Mike) Holder, and Joshua Fowler, all of whom are children of Paul and Mary Fowler. Ray was preceded in death by his wife of 61 years, parents, and sister, Marion (Small). Memorial contributions may be made to Lutheran Bible Translators, P.O. Box 789, 205 S. Main St., Concordia, MO 64020.
See more See Less

In Memory Of Charles Fowler