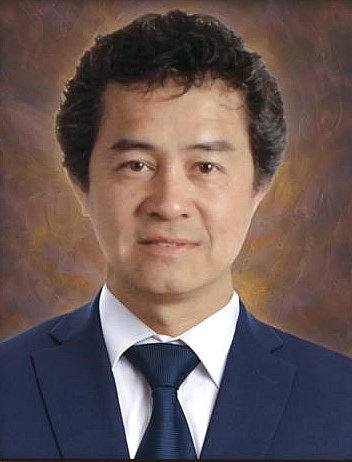 Antonio “Tony” Dimaano, Sr., 80, from Oxnard, CA, passed away peacefully surrounded by his children on May 3, 2022. He was born on June 20, 1941, to Manuel and Soledad Dimaano, in San Pablo City, Laguna province, in the Philippines. He grew up in Lipa City, Batangas province, in the Philippines. He was the middle child with two older sisters, Nelly and Rosaida (“Edy”), and two younger sisters, Luz (“Ching”) and Teresita (“Tess.”) He immigrated to the United States in 1964, met his lovely wife Tessie in 1973, and they were married in 1974. Their union was blessed with 4 children: Maria, Tony Jr., Romeo and Emmanuel. Tessie preceded his passing on July 7, 2004. Tony joined the US Navy in 1964. He loved sharing his memories about serving his country and being a Vietnam Veteran. Against many obstacles, he was able to achieve the rank of Navy Chief Petty Officer (CPO) – a story that he was happy to tell to his family and friends. He retired from the Navy in 1994. While he was proud to be called “Chief” by his men, he especially loved being called “Totoy” or “Kuya'' by his sisters, “Dad” by his children, and “Papa Tony” by his grandchildren. He loved his wife and he loved his kids. He held on to fond memories when they were younger and would reflect on stories of when he would come home after a long overseas deployment. He enjoyed seeing his young kids laughing and running around the house. Later on, as his children grew to be adults, he would share with them the voice recordings of when his children were babies and toddlers. Tessie had shipped these recordings to Tony when he was on deployment. For many years, he would listen to those recordings just about every day to hear the voice of his little children and of Tessie. When technology advanced, he had a collection of pictures of his kids and grandchildren on his iPhone. Every text message that was sent to him from his kids, he also kept. Tony was a younger looking man for his age. He would tell all of us numerous stories when people would be surprised at how young he looked, and bask in his glory. When he retired from working, he would frequent places like Pilipinas Bakery, Island Pacific, Pho Oxnard and the Naval Base. During his spare time, he enjoyed relaxing and watching movies whether it be in the theater or his large screen TV at home. While Tony enjoyed his quiet time, he loved to gather with his family and enjoy home cooked meals – especially Filipino food or a juicy steak. He was especially happy during the days when he prepared steak for himself and for his kids and would eat it with rice, lima beans and drink tea. He drank alcohol very infrequently, but when he did, he enjoyed a glass of Johnny Walker Blue Label. Tony was also a giving man to his sisters – not only monetarily, but more with his time and efforts. Later on, we found out that he also gave to numerous charities. Tony is survived by his children, Maria and her husband Hoang, Tony, Jr. and his wife Donella, Romeo and his wife Rhea, Emmanuel; his grandchildren Michael, Haley, Kiran, Sarai, Rocco and Avery; and his sisters, Nelly, Ching and Tess.
See more See Less

In Memory Of Antonio Maralit Dimaano