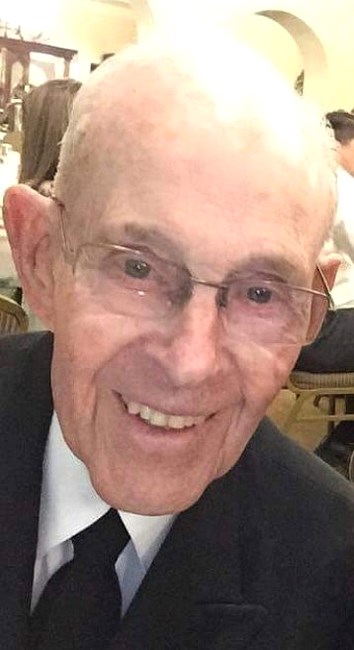 James F. Daniels, Jr. was born March 9, 1926. He grew up in the coal-mining town of Beckley, West Virginia. In 1942, at age 16, Jim enlisted in the Navy, beginning his career as one of the original Seabees. Jim served as an Equipment Operator for 26 years, serving during World War II, Korea, and Viet Nam. He earned a Purple Heart for injuries sustained during a rocket attack in Viet Nam. He retired from the Navy with the rank of Senior Chief Petty Officer in 1969. In 2008, he received the designation of Honorary Master Chief Petty Officer of the Navy, one of his proudest moments. Following his Navy career, Jim worked at the Hueneme School District for 17 years, retiring as head of maintenance. After his retirement, he was elected to the City Council in Port Hueneme, where he served for eight years, two of them as Mayor Pro-Tem. Jim was an active member of the community until very recently, with many service and community organizations. He was an avid supporter of Naval Base Ventura County, and was beloved by many in the Naval community in Hueneme as the “Oldest Seabee”. Jim is reunited in heaven with his son Bill, who passed away in 1973 after succumbing to cancer attributed to Agent Orange; his wife Ginny, who we lost in 1999 after she had a stroke; and his daughter Brenda, who died in 2012 after battling ALS (Lou Gehrig’s Disease). He is survived by his granddaughters Dawne Hamilton and Robyn Eykjian (husband Nerces), his great-granddaughters Hailey Chapman (husband Jacob), Alyssa, Ariana, and Addison Eykjian, his son-in-law John Klopfstein, his loving friend Kitty Hurliman, and many nieces, nephews, and cousins. Since Jim never met a stranger, he also leaves behind countless friends who loved and respected him deeply. Services for Jim will be held on Thursday, August 4, 2022 at First Presbyterian Church of Oxnard, 850 Ivywood Drive in Oxnard, beginning with a viewing at 10:00 am, and service at 11:00 am. This will be followed by a graveside service and reception at Conejo Mountain Memorial Park, 2052 Howard Rd in Camarillo at 1:00 pm. In lieu of flowers, please remember Jim’s service to country and community by making a donation in his name to the Gary Sinise Foundation or to the Shriner’s Hospitals.
See more See Less