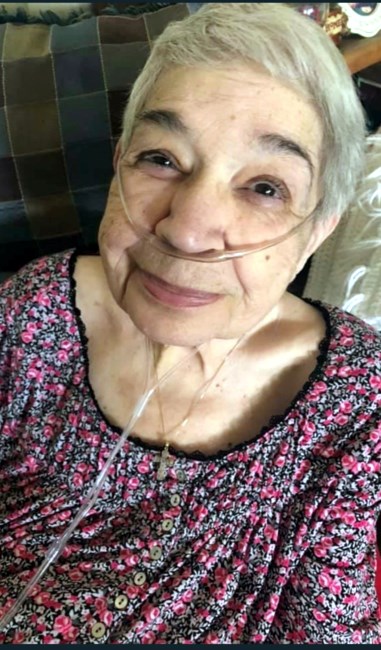 Irene Anastasiou Essayan Tsobanakis of Greek decent was born on March 28, 1939 in Cario Egypt. Irene was the baby of the family and was adored by her 4 siblings her 3 sisters and older brother. On September 30, 1961 she joined her beloved husband Serop Artine Essayan in matrimony. Irene had four children. Artine and Helen were born Cario Egypt. In February 1965, Irene and Serop traveled to Canada in hopes for a new life. Rita and Stephen were born in Montreal Canada. In December 1969, Irene and Serop traveled via train to the USA. A new chapter began in Hollywood California. Irene went on to work at Hollywood Presbyterian Medical Center. She strived hard at her work and became a supervisor of environmental services. She always worked on bettering herself and attended LACC college courses. She was very proud of her college accomplishment. After many years at Hollywood Presbyterian Medical Center, Irene began her career at Kaiser Permanente. Irene retired from Kaiser Permanente in 2006 and began enjoying her retirement golden years in her home in Little Rock California. Irene loved and enjoyed watching her four grandchildren Demetri, Sarah, Samantha and Daniella grow. Irene also lived long enough to have two great grandchildren. After Serop passed away 1989 Irene was only 50 years old. She was blessed to find Love with our beloved Yanni Tsobanakis. Irene and Yanni had a Big Fat Greek Wedding in 1999. Irene and Yanni were dedicated to Saint Constantine and Helen Church in Lancaster California. Irene was the first president for the church Philoptochos which was formed to help those in need. Irene truly shared her love with everyone that she encountered, everyone was treated like family. Irene’s children and caregivers loved her very much and were able to provide care for her at her Littlerock home for her last years. On August 2, 2022 Irene fell into a deep sleep and God, Jesus and Mary took her home. Her love will live on in all of our hearts. Goodnight Irene, until we meet again 🙏🏻❤️
See more See Less

In Memory Of Irene Essayan Tsobanakis