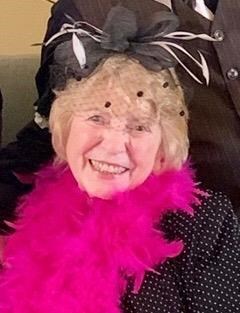 We are heartbroken to announce the unexpected death of Grace (Consoli) Bernardi, loving wife, mother, grandmother, sister, aunt and friend on Friday May 29, 2020. She is survived by her husband of 53 years, Richard Bernardi, her daughter, Liz Seaden (Tom, deceased), Bruce Bernardi, Sarah Carkner (Terry), her grandsons, Alex Seaden and Thomas Bernardi, her granddaughter, Morgan Carkner and predeceased by her son Thomas John Bernardi. Grace was born on September 20, 1944 to Angelo and Grace (Iorizzo) Consoli in Brooklyn, New York. The youngest of four children she is survived by her brothers, Frank (Anna) and Angelo (Eleanor) and predeceased by her sister Maria (Andreas). Grace graduated from St Saviors High School in 1962 and then Good Counsel College, White Plains, NY in 1966 where she received a BA in Education. Grace married the love of her life, Richard, in 1966 and they soon after moved to Syracuse, NY where Richard continued his graduate education. After a 5 year period they then moved to Cheshire, Ct where Grace raised her children, worked in education and pursued her political interests as the President of the League of Women Voters. In 1980, the family then moved to Strafford, Pennsylvania where Grace earned her Masters in Counseling from Villanova University while continuing to raise her family. She became a Crisis Counselor at Henderson High School for 12 years. In 2018, she moved to White Horse Village, Newtown Square, Pa Grace was an avid reader, crossword puzzle fan, scrabble champion and meatball maker extraordinaire. She was a devout Catholic and believer in the power of prayer. She was short in stature but mighty in love and spirit and will have a lasting influence on all the many lives she touched. A funeral mass will be held on Friday June 5, 2020 at 1:00 PM at the Daylesford Abbey, 220 S Valley Road, Paoli, PA 19301. The funeral mass will be limited to 200 people and every other pew will be left unoccupied. The church will require all participants to wear a mask and maintain a six foot distance from others. Families will not be asked to separate by six feet. The funeral mass and private viewing will be streamed through Facebook live via the link below. https://www.facebook.com/AllevaFuneral/ The interment will be private due to the state's limitations on gatherings. In lieu of flowers a donation can be made to Daylesford Abbey- re: Isaiah 58 (immigrant fund) 220 South Valley Road Paoli, Pa 10301
See more See Less

In Memory Of Grace Cecilia Bernardi