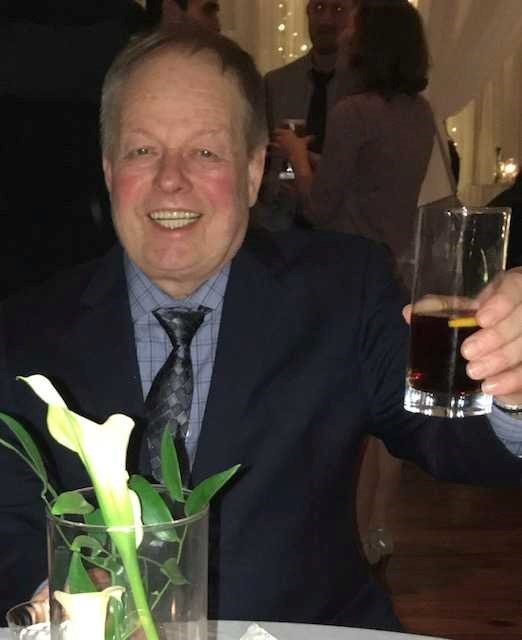 Michael “Mike” John Enright of Bryn Mawr died of COVID-19 on May 8th, 2022. He was born on September 25, 1948 in Neptune, New Jersey to John “Jack” Enright and Marilyn “Jeff” Enright Thorington. As a child, Mike developed a lifelong passion for sports, especially baseball. He enjoyed attending baseball games with his father throughout his childhood. Mike attended the Kolburne boarding school in Norwalk, CT until he was 20 years old. His father, who had been a pilot in WWII, often flew him to and from Kolburne for holiday breaks in a small private plane. Mike was an avid fan of the Philadelphia Phillies, Eagles and 76ers. He was also a fan of Villanova University basketball. For years he was a fan of Malvern Prep and West Chester University football teams and attended home games on a regular basis. Mike worked at the Bryn Mawr College dining services for 35 years. When Mike’s family attended his retirement party in 2015, they were deeply touched by how Mike was honored by his college co-workers and friends. His love of sports was legendary, and the party organizers provided authentic Phillies popcorn bags and other equally inspired decorations and foods representing the Eagles and Phillies at the party. MIke lived in Malvern for 30 years. He was known throughout town for his friendliness, good deeds, and passion for sports. He kept many people updated on sports scores and events; always matching the updates to each person’s specific sports teams and interests. His larger-than-life Eagles football player blow-up figure was a fixture on his front porch every game day for years. When he retired, Mike moved to the Mansion at Rosemont in Bryn Mawr. He fully enjoyed his five years at Rosemont where he was an active and beloved member of that community. He was known as the “Town Crier” and “Mayor of Rosemont” because he always knew the activity schedule, weather, anything about his sports teams, and generally everything that was going on in the community. His favorite activity was serving as bingo caller but he also enjoyed just about every activity offered to the residents including art classes, brain fitness, trivia games, exercise classes, yoga, singing, cooking and every live performance. He was a member of the Rosemont Players and the Bryn Mawr Presbyterian Church. Rosemont residents remember Mike as brightening up their days with his enthusiasm, full engagement in life, and caring for community members. His exuberance for life was a force that overrode any cynicism. He is deeply missed by the staff and residents. Mike is survived by his sisters, Leslie Enright and Tracy Enright Patterson (Bill), his nephews, Alex and Jordan Patterson, and his cousins, Alice Benson (Tom), Nickyi Benson, Ben Benson, Laura Benson, David Benson, Nancy Koehn, and Geoff Koehn, and his aunt, Sally Koehn. He is predeceased by his parents and his uncle, Donald Koehn. The family has decided not to hold a funeral service due to COVID-19 safety precautions. Donations in Mike’s memory can be made to the World Wildlife Fund: https://support.worldwildlife.org/site/TR?px=17885159&fr_id=2274&pg=personal Fond memories and expressions of sympathy may be shared at www.AllevaFuneralHome.com for the Enright family.
See more See Less

In Memory Of Michael John Enright