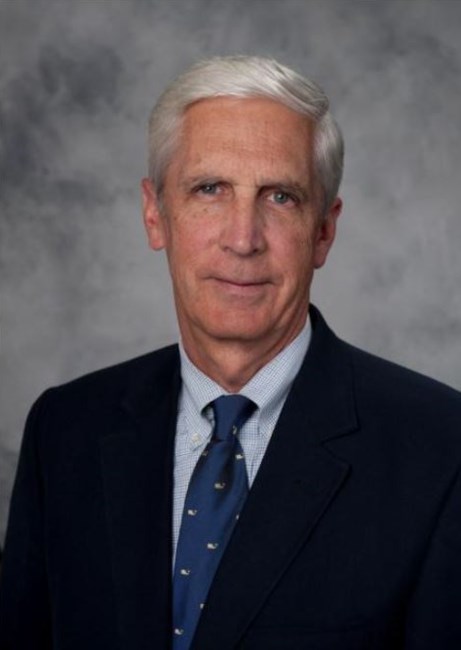 Dr. R. Michael Buckley Jr. passed away of cancer on April 9, 2022 at home, surrounded by his family. He was 75. He led an extraordinary and distinguished life and to know Mike was to have been loved, inspired, led, taught, or healed by him. Mike earned admirers the world over, starting with any & all competitors in the breaststroke – in which he held the American record while at Yale. He was born in Tampa, Florida (1946) where his mother Mary Hernandez met his father R. Michael Buckley Sr. of Boston during World War II. After his family relocated from Florida to PA, he graduated from St. Monica’s and Malvern Prep. He was a strong student and star athlete who held his family & community in reverence. They revered him back. Forever began in 1962 at Great Valley Swim Club, where he found the love of his life Sally (Braun) Buckley. They were married in 1970. After Yale (1968), he honored his dad’s wishes by going into medicine, graduating from Yale Medical School in 1972. Mike and Sally started their family during his medical residency in Chapel Hill, NC. They didn’t always have a lot, but they always had each other. A slightly smaller forever started in 1975 when Mike met Pennsylvania Hospital. In the light resplendent from the hospital’s resident painting - Benjamin West’s Christ Healing the Sick in the Temple - Mike nobly advanced the work of Ben Franklin’s hospital for 40 years, including many long nights. He was a caring doctor for thousands, a compassionate leader in the sorrows of the AIDS epidemic, Chair of Medicine, Chief Medical Officer and ultimately its Executive Director. In October 2014, hundreds of family and friends and much of the Penn Medicine community celebrated his retirement. His impact lives on. Mike’s own lovingly painted portrait now hangs just steps down the hall from that of his divine Master: impeccably dressed, with a thoughtful gaze and without one hair out of place, as he now lives forever. Mike served on several leadership boards including the Infectious Disease Society of America, Waverly Heights, the Philadelphia Youth Sports Collaborative and his beloved Kelly Greens of Fort Myers, Florida. He could bring diverse people together and had a preternatural ability to pay attention, whether in the boardroom or at the beach. Whether saving lives, listening to a story, or deciding on the width of tennis court stripes, Mike could make whoever was in front of him feel like they were the whole world at that moment. They felt it. As did Sally and their many friends around Wayne and Berwyn. Mike was most proud of being a faithful son, husband, brother, father and “Papa”, showering love and attention on his 7 grandchildren. He is survived by his wife and best friend Sally Buckley of Berwyn, his daughters Emily (Jonathan) of Middletown, NJ, Carrie (David) of Wayne, his son Brian (Meghan) of Flourtown, his brother Tim (Fran) of Raleigh, NC, their children Anne, Christina, Tim & Kevin, his sister Ellen (David) of Devon, their children David & Michael, and grandchildren Kieran, Thomas, Sophie, Grace, Avery, Luke & Blake. Visiting hours will be Monday April 18th 6:30pm-8:30pm at Alleva Funeral Home 1724 Lancaster Ave. Paoli, PA and 9am-10am on Tuesday April 19 at St. Thomas of Villanova Church 800 E. Lancaster Ave. Villanova, PA. A funeral mass will be held at 10am on Tuesday April 19th at St. Thomas of Villanova Church. Burial will be private. In lieu of flowers, there are 3 options where memorial gifts can be made online in honor of R. Michael Buckley, MD. The first is The Fund for the Abramson Cancer Center ( https://giving.apps.upenn.edu/fund?program=MC&fund=600499 ) The 2nd is to Pennsylvania Hospital, where you can specify whether you want your donation to support Direct Patient Care efforts or to support The Pennsylvania Hospital Historic Preservation Fund. Both causes were very dear to Dr. Buckley's heart. You can make a donation to either fund at the following link Pennsylvania Hospital Friends Fund ( https://giving.apps.upenn.edu/fund?program=MC&fund=602405 ) or by mail to: Penn Medicine Development Attn: R. Michael Buckley, MD Memorial Gifts 3535 Market Street, Suite 750 Philadelphia, PA 19104 Checks should be made payable to Trustees of the University of Pennsylvania and include gift fund name in memo line. Please include name/address of person who should be notified of your thoughtful contribution. The 3rd option is to support The Philadelphia Youth Sports Collaborative ( https://www.pysc.org/donate/ ) where Dr. Buckley served on the Board.
See more See Less

Burial private by the request of the family