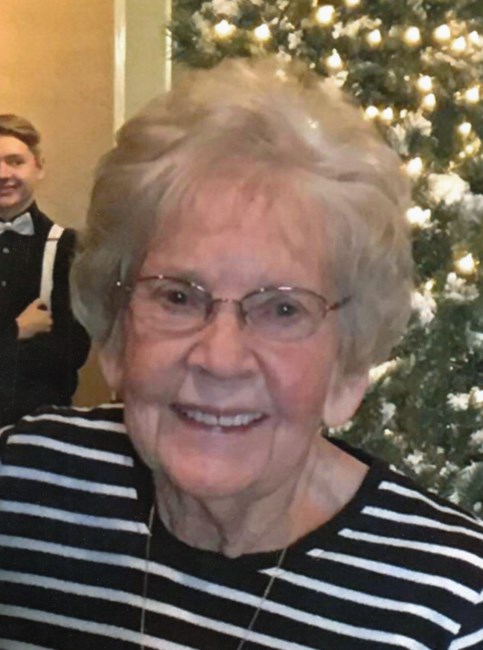 Geraldine “Gerry” Marie D’Amico (Tupa), passed away peacefully of natural causes on September 22, 2022 in Lincoln, NE at the age of 81. She was a loving wife and mother who will be dearly missed. Gerry was born on April 17, 1941 in Arvilla, ND to John and Gladys Tupa. She grew up in Larimore, ND and graduated from Larimore High School. Gerry attended the University of North Dakota, earning her Nursing Degree in 1963. It was there she met her husband Joe while he was stationed at Grand Forks AFB. They were married in 1963. Gerry spent 2 years as an Army Nurse before leaving to be an awesome full time Mom. Gerry and Joe called Papillion, NE their home and raised their 3 boys: Lenny, Joe, and Byron. Gerry worked as a Nurse in Papillion as the boys moved out of the house. In 1994, Gerry and Joe sold their house and became full time RV’ers, traveling the country in their motor home and splitting a majority of their time between Florida and Nebraska. They were married for 59 loving years despite being cooped up in a 35 ft. metal tube for 26 of the last 28 years. Gerry loved hummingbirds, owls, the Dallas Cowboys (before they fired Tom Landry), and was an avid fan of Kansas City Royals baseball, and all things Nebraska Cornhuskers. Gerry was preceded in death by her husband Joe; parents; sisters: Jane (Palmer), Nona (Max), and Elaine (Jim); and brothers: Byron and Lon. She is survived by sons: Lenny and his wife Janet, Joe and his wife Susie, and Byron and his wife Carla; grandsons, Nick, Brandon and Cole; and great-grandson Joseph. GRAVESIDE SERVICES will be held on Monday October 3, at 9:00am at the Omaha National Cemetery. In lieu of flowers, Memorials ae suggested to: The Monarch, 4201 So. 78th St., Lincoln, NE 68506. We would like to thank Barb Garwick and the amazing nurses at The Monarch and our Tabitha Hospice Team. You are all very special and we could never thank you enough for the compassion and care you showed our Mom- Thank You!
See more See Less

In Memory Of Geraldine M. D'Amico