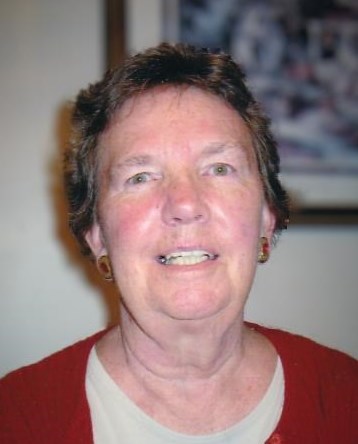 Harriet (Hulse) Carlson was born on March 19, 1935 in Bristol, South Dakota, and chosen by adoption and cherished by Howard and Edith (Anding) Hulse and many aunts, uncles and cousins. The family lived in South Dakota, where her father worked as a train engineer for the Chicago Northwestern, operating the line between Pierre and Rapid City until his retirement. They spent the school year in Pierre, and summers in their beloved cabin in Keystone, South Dakota, at the base and behind Mount Rushmore. She made and kept life-long friendships in her beloved home state. Harriet studied music at South Dakota State, and was a loyal fan of the Jack Rabbits; when she moved to Nebraska, she became a Husker fan, but when the Jack Rabbits were playing, they always took first in her heart. She continued her education in Wisconsin, completing her Master’s education there. Harried worked at Sylvan Lake in South Dakota for a summer, where she met her future husband, Milo Carlson. They were married in July 19, 1959. They had 4 sons, Richard, Michael, Eric and Jeff. They lived in Bellevue until an overseas assignment took them to Germany; Harriet made the trip by plane, following Milo who had gone ahead, with four children under age 6 in tow. They enjoyed friendships, vacations in Europe, and made many wonderful memories in their three years there. When they returned to the states, they lived briefly in Belleville Illinois, and then came home to Bellevue, Nebraska, where Harriet returned to playing the organ and a growing ministry at Christ the King Lutheran Church. Brave and true, she was a solo parent for a year to 4 energetic young boys when her husband was overseas in Vietnam. Close to her heart also was the Bryan Area Mother Singers, who sang for many area events during the 70s and 80s. The group stayed close even as they grew older and were no longer performing. She got together with some of her good friends for regular rounds of cards – and she was difficult to beat. Harriet was a hard worker her entire life, and devoted many years to the ministries at Christ the King Lutheran Church, until she was no longer able to do so. She spent about 10 years in Hillcrest Papillion Care Facility (previously Huntington Park) and during her time there won many games of Dominoes. Harriet passed away peacefully on Saturday, January 21, 2023, while listening to some of her favorite music. She was preceded in death by her husband, her parents, aunts and uncles, and many cousins. All 4 of her sons, 2 of their spouses, 6 grandsons and 3 great-grandsons survive her.
See more See Less

In Memory Of Harriet Ann Carlson