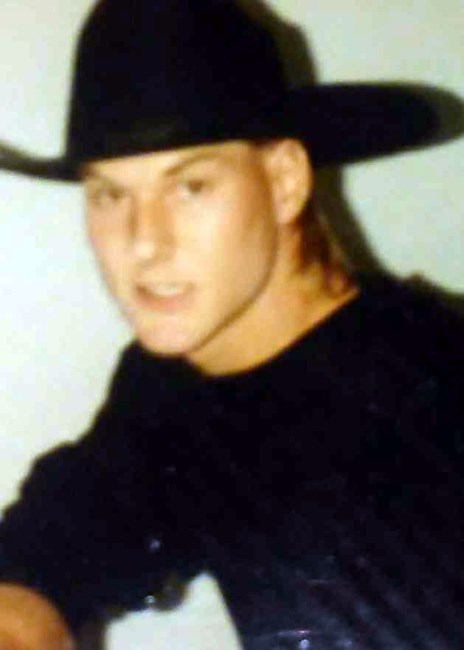 Chad Blake Ellington of Bedford, Texas passed away Wednesday, Jan. 18, at Texas Health Harris Methodist Hospital in Bedford. Services are scheduled for 3:00 p.m. Saturday, Jan. 28th at Bright-Holland Funeral Home with Rev. D.J. Harris officiating. Burial will follow in Meadowbrook Gardens near his father and infant brother. The family will receive friends at the funeral home from 1 – 3 p.m. Saturday. Chad was the son of Thomas Hill Ellington II and Jana Ellington Cochrell. Chad was born Feb. 19, 1970, in Paris, Texas. He moved to the Bedford area when he was about the age of 9. His mother, Jana Perkins Cochrell and husband, Harvey survive him as does his grandmother, Elizabeth Perkins. Chad has a daughter, Lena Hayes and her husband Zach. Chad has two grandchildren, Riley Jo and Colton. He has three siblings. Thomas Hill Ellington III who passed away at birth. Joni Ellington Norton and husband Don Norton and Joni’s daughter, Nicole and husband Tre Rogers, their children Nova and Q Rogers. Kent and Suzie Ellington, Kent’s daughter, Kendall Ellington Buchholtz & husband Cody and her children Kase and Cyler. Chad worked at Mercedes Benz for years. He loved his job there and then started working with his stepdad, Harvey Cochrell. Chad and Harvey were very close. They would talk about football, and Chad would record games that he thought Harvey would like to watch. Chad has two stepsisters, Crissy and her daughter, Kristin. Tracy is the other stepsister and her husband Joe. Chad so loved his mom and would call his grandmother every night. His grandmother still lives in Paris and sometimes they’d talk for hours. Chad loved his music, friends and loved his family, always wanting to see his siblings’ grandkids and asking for pictures. Chad had the biggest heart and will be so missed.
See more See Less

In Memory Of Chad Blake Ellington