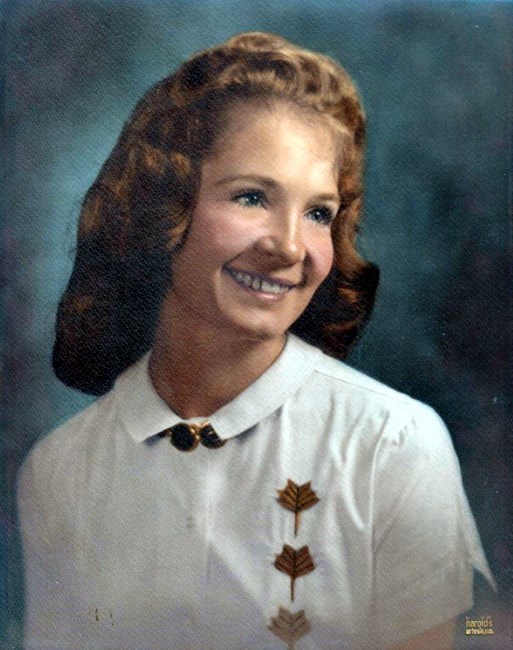 Helene Dunaway Wright Hulsey, age 90, was born on Oct. 11, 1932, in the waning years of the Great Depression to Don and Lenora "Ma" Dunaway in Milnesand, NM. Services are scheduled for 2:00 p.m. Sunday, Jan. 22nd at Bright-Holland Funeral Home. The family will receive friends at the funeral home one hour prior to the service. Private burial will be made Monday at Evergreen Cemetery. She married Wesley "Pete" Wright on Dec. 22, 1949. She later married Orvelle Hulsey on Feb. 5, 2001. She is preceded in death by her husband, Orvelle, her parents, a granddaughter, her neice, Dawn "Poppy" Burk and her two sisters Sue Burk Dienstbier and Peggy Montgomery Lindsay. She is survived by her daughter, Jan Wright of Pottsboro, TX, and four sons, Dr. Donald O. Wright and wife, Judy, of Calico Rock, AR, Pete Wright and wife, Margie, of Ore City, TX, Jay Wright and wife, Dora, of Colorado Springs, CO, and Webb Wright and husband, Alan Carlow, of Cooper, TX and her special friend, Vestle "Sonny" Brock, plus numerous grandchildren, great-grandchildren, and neices and nephews. She graduated as valedictorian of her senior class and was President of the Girls State for New Mexico. Helene really loved beading, and dancing especially square dancing, her church family and anything that sparkled and was glittery. She raised five children while married to an Air Force serviceman sometimes alone while he was overseas. She lived in England and many different states. She loved to cuddle the newborn baby goats and smell the fresh bloomed roses. During her childhood she lived on a ranch in a dugout home in Eastern New Mexico where her father was a ranch cowboy and she was nine years old when World War II started. During her lifetime she worked as a secretary in many businesses and was a manager of the Admissions of St. Joseph's Hospital in Paris, TX.
See more See Less

In Memory Of Helene Hulsey