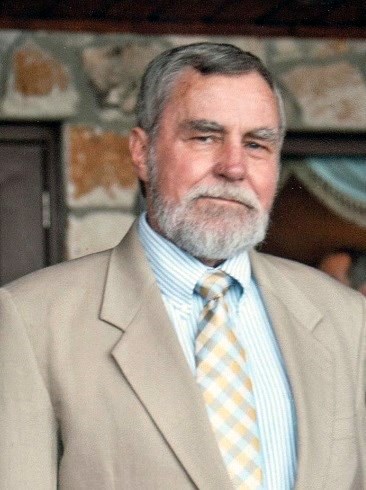 Paul Werner Labbe, 81, of Paris, passed away Saturday, January 22, 2022, at his home. The family will receive friends at their home, 293 CR 42510, Paris, on Thursday, January 27th from 5 – 7 p.m. Cremation was under the care and direction of Bright-Holland Funeral Home. Mr. Labbe was born Feb. 16, 1940, in Germany. Upon graduation from Seton Hall University, he began a career in Human Resources. For a number of years he was Human Resources Director for St. Joseph’s Hospital in Paris, retiring in 1999. Paul served in the United Stated Army Reserves. His parents, Frank Labbe & Annamaria Boehm Labbe, and a sister, Christine Labbe, preceded him in death. Survivors include his wife, Sue Jumper Labbe, whom he married on Oct. 30, 1998, three children, Stacy Eatherly & husband Brad, Chad Graham & wife Ingrid, and Toby Preston & wife Crystal, grandchildren, Kyle Eatherly & wife Jennifer, Brandon Brewer & wife Erin, Paulina Patino, and Elizabeth Preston, and great grandchildren, Emalyn, Reid, and Hallie Eatherly, and Hudson, Reese, and Riley Brewer along with a host of friends.
See more See Less

In Memory Of Paul Werner Labbe