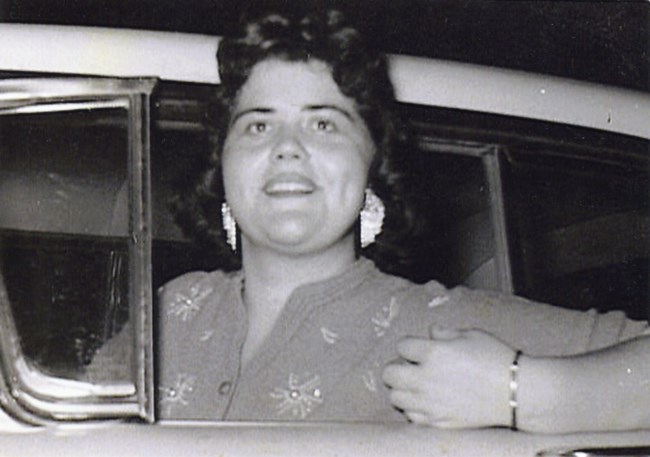 Jimmie Nell Huett Winstead, age 83 of Pasadena, Texas passed away November 3, 2017 She was born in Garland City, Arkansas on October 19, 1934 to a large and loving family of James and Bertha Huett with 10 brother and sisters, and a host of nieces and nephews which she adored. Jimmie graduated from Patmos High School and received a Business Degree from the Texarkana School of Business in Texarkana, Arkansas. She was married to John Albert Winstead on January 13, 1959 and they made a family home at 2309 View Street in Pasadena for the last 46 years. Jimmie worked as a Legal Secretary for County Judge Bill Elliott and Attorney Rachel Johnson. Her greatest joy and passions were her 4 children, 10 grandchildren, and 4 great-grandchildren. She also was a fantastic cook and has served thousands of delicious meals to her family and friends at her home. She could also be seen frequently at local yard sales, and a host of junk stores where she had many friends. She spent the last two years of her life at Orchard Park Assisted Care Facility in Manvel, Texas where she had many loving friends. She was a wonderful Mother, Grandmother, and loyal friend to so many, and we will all miss her dearly. She is survived by son Michael Craig Winstead, daughter Melinda Winstead Deel and husband David Deel, daughter Melanie Winstead Guthrie and husband Matt Guthrie, son Marcus John Winstead and wife Bridget Hebert Winstead. Grandchildren; Amanda Rea Hataway and husband Jack Hataway, Elizabeth Winstead, Brandon Halfin, Courtney Winstead McGlynn and husband Clint McGlynn, Jared Matthew Guthrie, Taylor Blake Guthrie, Corey John Winstead and wife Amy Bice Winstead, Garrett Davis Deel, Michael Robert Winstead, and Madeline Rose Guthrie. Great-grandchildren; Nichole Anne Hataway, Adam Wade Hataway, Sadie Kay Hataway, and Juliette Rose McGlynn. She is also survived by three sisters, Josie McBay of Texarkana, Arkansas, Virginia Buffington of Hope, Arkansas and Delois Yancey of Huntsville, Texas. Funeral arrangements will be held at Grand View Funeral Home, 8501 Spencer Highway, Pasadena, Texas 77505. Visitation November 10 from 5:00-8:00pm, Funeral November 11 at 10:00 am, graveside service at Vanetia Cemetary at 3:00 pm in Marquez, Texas.

In Memory Of Jimmie Winstead