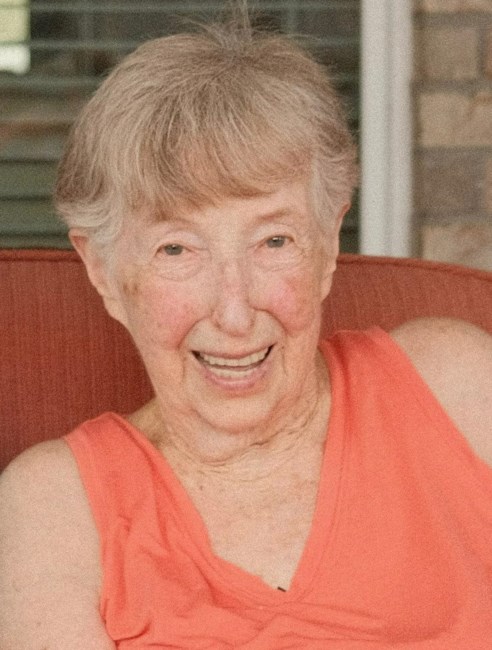 Virginia “Ginny” Lee (Anderson) Cook, age 85, passed away peacefully on Sunday September 11, 2022. Virginia was born in Chetopa, Kansas to Sylvester and Ila Anderson on Friday, September 25, 1936. She and her siblings grew up in Anderson, Indiana. She later married John Boyd Cook in November of 1956. On a cold day in the winter of 1961, her husband John said he was done with the Indiana winters, and they were driving to Texas that day! After calling her boss to mail her last paycheck, they settled and built a life for the remaining time of their 38-year marriage in Pasadena, Texas. Virginia invested her career with Lewis & Coker Groceries where she retired after serving almost 40 years. No matter who you were, you were welcomed and invited to come visit and eat. She loved hosting BINGO Day and cooking for family and friends. The family favorites were by far her homemade biscuits & gravy, bacon sandwiches, double baked macaroni & cheese, stuffed jalapeno peppers, and of course her Kentucky Butter cake! Virginia is survived by her son and daughter-in-law: John and Shannon Cook; son-in-law: Mark Peebles; grandchildren: Tamara Rivera, Robert Howard, Dan Peebles, Keegan Cook, and Klayton Cook; great-grandchildren: Kyle Howard, Emily Howard, Daveon Franklin, Blake Peebles, Penelope Howard, and Travis Peebles; sisters: Patsy Lovens and Wilma Spencer; brother: Mike Anderson. Not to exclude her extended family, and friends. She is preceded in death by her husband: John Boyd Cook; daughter: Cynthia “Cindy” Peebles; sister: Evelyn Nickum; brother: Norman Anderson; and great-grandson: Carter Howard. Family and Friends are invited to attend her Celebration of Life on Saturday September 24th, 2022, at the Kings Bingo Hall 20810 Gulf Fwy, Webster, Tx. beginning at 5p. Fond memories and expressions of sympathy may be shared at www.pasadenafuneralchapel.com for the Cook family.
See more See Less

In Memory Of Virginia Lee Cook