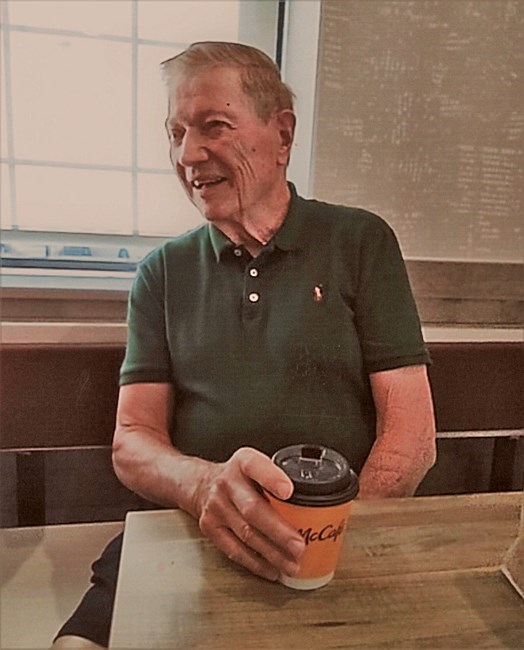 Mr. Walter Von Brown, 83, of Peachtree City, passed away September 17, 2022 in Atlanta, GA. He was born June 10, 1939 in Charlotte, NC to the late Loy Brown and Feriba (Pegram) Brown. He was a 1957 graduate of West Mecklenburg High School and the University of North Carolina at Chapel Hill in 1961. Mr. Brown married Janine Landry-Brown, the love of his life, in 1989. He was an accountant from 1961 to 1979. In 2007, he retired from ABF Freight Company as a Class–A CDL road driver and was awarded ABF’s Three Million Miles Safe Driver. A resident of Peachtree City since 1995, Mr. Brown enjoyed golf, daily crossword puzzles/Sudoku, and loved life in general. He was known for his infectious laugh and humor, especially with his friends at the daily morning breakfast at McDonald’s in Peachtree City. Mr. Brown was deeply loved by his children, grandchildren, family, and friends. In addition to his parents, he was preceded in death by daughter, Shannon Von (Brown) Stewart; and 2 sisters, Alice Neal (Brown) Starnes; and Jean Wilson (Brown) Ward. He is survived by his wife, Janine Landry-Brown; sons, David Landry Brown, Mark Brown (Jean Brazie), and Christopher Brown (Tia Nash Brown); daughter, Rebecca (Brown) Vondra (Steve); son-in-law, Mike Stewart; grandchildren, Courtney Stewart and Cameron Stewart; Dalton Vondra and Kendall Vondra; Olivia Brown and Aria Brown; and Douglas Brazie-Brown; brother, Leighton Pegram Brown (Martha); and sister, Roberta Loy (Brown) Harris (Ron). A Christian Service will be held at Holy Trinity Catholic Church on Wednesday, September 28, 2022 at 11:00am. Donations may be made to University Office of Scholarships and Student Aid, The University of North Carolina at Chapel Hill, P. O. Box 309, Chapel Hill, NC 27514-0309. Fond memories and expressions of sympathy may be shared at www.carmichaelhemperleypeachtree.com for the Brown family.
See more See Less

In Memory Of Walter Von Brown