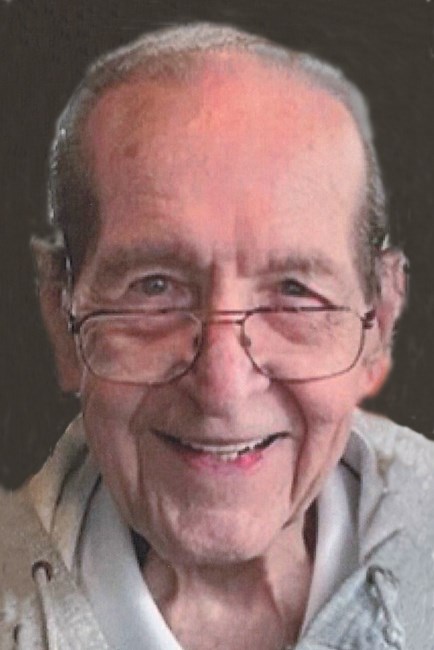 PEKIN ~ Donald Jerome Webster, 95, of Pekin, passed away at 5:15 p.m. Monday, August 8, 2022 at UnityPoint Health - Methodist in Peoria. Born May 10, 1927 in Fisher to George and Margaret (Schwartz) Webster, he married Shirley Jean Hewerdine on September 3, 1948 in Fisher. She died June 4, 2001. He was also preceded in death by his parents; one son, Lance Webster; and one brother, Melvin Webster. Surviving are two sons, Mark (Karen) Webster of Scottsdale, Arizona and Scott (JoAnn) Webster of Surprise, Arizona; four grandchildren, Nicholas (Sarah) Webster of Moseley, Virginia, Sarah (Bryce) Godwin of Goochland, Virginia, Kayla (Zachary) Valdez of Peoria, Arizona, and Cameron Webster of Surprise Arizona; six great-grandchildren, Bekah Foederer, Charlotte Webster, Zachary Webster, Olivia Webster, Kaitlyn Valdez and Jakob Valdez. Don was a World War II Navy Veteran serving on the USS O’Brien DD725. He was a graduate of the University of Illinois. Don was a chemist and later owned and operated the Don Webster Insurance Agency, retiring in 1992. He was very proud of his family and enjoyed spending time together. He was actively involved in the Lions Club and enjoyed golfing. A private graveside service will be Saturday, August 13, 2022 at Glendale Memorial Gardens in Pekin. Pastor John Vaughn will officiate. Arrangements have been entrusted to Preston-Hanley Funeral Homes & Crematory in Pekin. To express condolences online, visit www.preston-hanley.com
See more See Less

In Memory Of Donald Jerome Webster