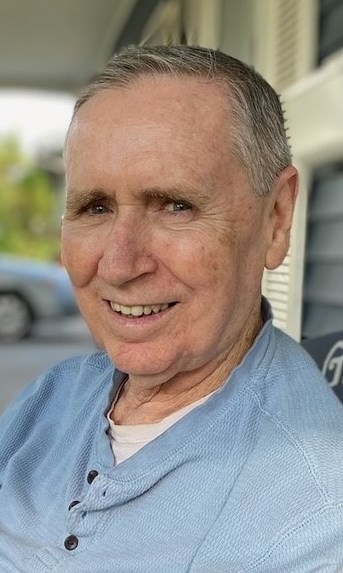 PEORIA ~ Gaylard “Gayle” Leslie Bond, 77, of Peoria, passed away at 4:28 p.m. Monday, January 16, 2023 at OSF Richard L. Owens Hospice Home in Peoria. He was formerly of Elmwood. He was born January 27, 1945 in McLeansboro to Raymond L. and Orpha L. (Steele) Bond. He was preceded in death by his parents; one daughter, Gaylene Bond; one sister, Zana Beckman and two brothers, Marvin and Gary Bond. Surviving are two daughters, Celine (Allen) Chastain and Karlene Bond, both of Springfield; two sons, Brian Bond of Springfield and Eric Bond of Decatur; four grandsons, Cody Bond, Zach Bond, both of Florida, DeAngelo (Kassie) Thompson of Riverton and Tyreese Thompson of Springfield; two great-granddaughters; three sisters, Sharon Funk, Debbie (John) Dorothy and Linda Parker, all of Peoria; two brothers, Jerry (Sheri) Bond of Austin, Texas and David (Nancy) Bond of Washington and several nieces and nephews. Gayle was a veteran of the United States Army. He had worked at Caterpillar, Inc. as a systems analyst for 18 years before retiring in 2009. He had previously worked at CILCO for many years. A caring, generous and compassionate man, Gayle loved hosting family gatherings and was a St. Louis Cardinals fan. He also enjoyed bowling and working in his yard. He attended Bay View Baptist Church in Washington. His funeral will be at 10 a.m. Saturday, January 21, 2023 at Preston-Hanley Funeral Homes & Crematory in Pekin. Pastor Rory Bond will officiate. Visitation will be one hour prior to the service at the funeral home. Burial will be at Prairie Haven Cemetery in Pekin. Military rites will be provided by the United States Army and Tazewell Military Rites Team. Memorial contributions may be given to Bay View Baptist Church, 22648 Grosenbach Road, Washington, Illinois 61571. To express condolences online, visit www.preston-hanley.com
See more See Less