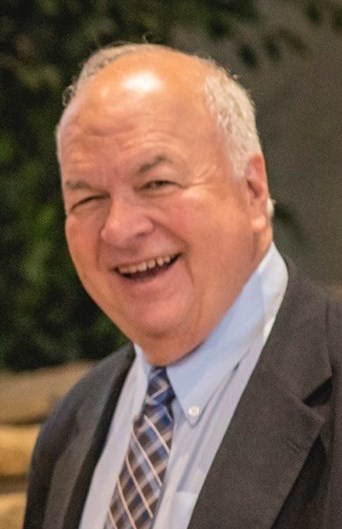 PEKIN ~ John Albert Campbell, 74, of Pekin and Palm Harbor, Florida, passed away on Thursday, November 10, 2022 at Mease Countryside Hospital in Safety Harbor, Florida. Born April 15, 1948 in Pekin to Clement A. and Ruth Marie (Rinderknecht) Campbell, he married Mary Christine Kline on November 5, 1965 in Pekin. Surviving are his wife, Christine, of Pekin; three sons, John (Julie) Campbell, Keith (Stacey) Campbell, both of Pekin and Kyle (Julie) Campbell of Morton; one daughter, Taija (Ryan) Myers of Crystal Lake; nine grandchildren, Megan Campbell, Nicholas Campbell, Kaitlyn (Tony) Silvaggio, Courtney Campbell, Cooper Campbell, Norie Campbell, Brynn Campbell, Emery Myers and Brantley Myers; one great-granddaughter, Victoria, seven brothers, Larry (Patricia) Campbell of Safety Harbor, Dan (Mary Anne) Campbell, Michael Campbell, Kevin Campbell, all of Pekin, Christopher Campbell of Colorado, Steve (Carol) Campbell of Rifle, Colorado and Richard (Lisa) Campbell of Springfield and three sisters, Rita (Timothy) Sierra, of Pekin, Mary (Clifford) Steele of Nashua, New Hampshire and Therese Powers of Washington. He was preceded in death by his parents, one son, Brad David Campbell on August 30, 1995 and one brother, Mark Patrick Campbell. John enjoyed a distinguished 47-year career at Caterpillar Inc., ending his career as the Engineering General Manager for all engines at Mossville, Lafayette, Indiana and Kiel, Germany. John started as a Machinist and graduated in 1970. He spent several years in the East Peoria plant holding multiple positions in Operations and Planning. He moved to Mossville in 1976 as a General Supervisor. Except for a brief time in General offices, John spent the rest of his career at Mossville. He held a variety of positions in Operations and Quality including Factory Manager and Quality Manager. In 1991 he was named as Product Manager for the 3300 Engines series. From there, John's career took a turn into on-Highway Engines as the on-Highway Truck and Bus Manager. John had a reputation for delivering results with integrity and honesty, as well as being an excellent team leader. He led the development of many processes that are still in use today, especially in areas of certification, continuous improvement and New Product introduction. Of special note, John was appointed by the EPA to serve on its Clean Air Act Advisory Committee (CAAAC) to advise on air quality issues and reduce engine emissions. John expected a lot of himself as well. After graduating from Caterpillar's apprentice program; he also received his Bachelor's Degree and MBA from the University of Illinois. For John's last position, he served as the Chairman of the Board for Purify Fuels, Inc. John loved traveling, visiting all seven continents with his wife, Chris. He was a devoted son and the patriarch of the Campbell family as the oldest of 12 children. He had the gift of hospitality and opened his home to thousands of people. Known as Grandparent-Haven, John was happiest when his kids and grandkids were near to him. He was also known for his memorable and joyful laugh. John was a Chicago Blackhawks fan and a longtime fan of the St. Louis Cardinals. He was a member of St. Joseph Catholic Church in Pekin. His funeral Mass will be at 10:30 a.m. Saturday, November 19, 2022 at St. Joseph Catholic Church in Pekin. Father Michael Andrejek will officiate. Visitation will be from 4 to 7 p.m. Friday at Preston-Hanley Funeral Homes & Crematory in Pekin, with the recitation of the Rosary at 3:30 p.m. Additional visitation will be from 9:30 to 10:15 a.m. Saturday at the church. Burial will be in St. Joseph Catholic Cemetery in Pekin. In lieu of flowers, memorial contributions may be made to the Brad Campbell Memorial Golf Outing, 3302 Sheridan Road, Pekin, IL 61554. To express condolences online, visit www.preston-hanley.com
See more See Less

In Memory Of John A. Campbell