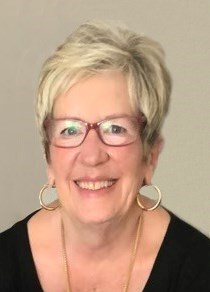 PEKIN ~ Linda Marie Hughes, 72, of Pekin, passed away at 1:32 a.m. Friday, September 16, 2022 at OSF Richard L. Owens Hospice Home in Peoria. Born December 22, 1949 in Pekin to Thomas Fredrick and Mildred Marie (Shutters) Fabry, she married David Hughes in February 1993. He survives. Also surviving are one daughter, Stephanie (Ehrett) Wallace of Manito; one stepdaughter, Wendy (Mike)Westley of Washington; three grandchildren, Isaac, Charlie and Julia Wallace; four step-grandchildren, Anthony Bowman, A.J. Wesley, Caleb and Adam Hughes; two sisters, Vicki (Ritchie) Sperling of Jackson, Georgia and Tammy Orr of McDonough, Georgia and one brother, Michael Fabry of Peoria. She was preceded in death by her parents; one stepson, David Hughes and one step-grandson, Zachary Gullette. Linda had worked at Caterpillar, Inc. for 20 years where she valued her time there before retiring in 2009. She had also previously worked at Allis-Chalmers and Keystone Wire & Steel Company in Bartonville. A loving and caring wife, mother and “nanny”, Linda loved to host family gatherings, especially Christmas. Her grandchildren were the light of her life. She was a former member of Calvary Baptist Church in Pekin. Her memorial service will be at 10 a.m. Friday, September 23, 2022 at the Chapel Mausoleum at Glendale Memorial Gardens in Pekin. Pastor John Vaughn will officiate. Arrangements have been entrusted to Preston-Hanley Funeral Homes & Crematory in Pekin. Memorial contributions may be given to Shriner’s Children Chicago, 2211 North Oak Park Avenue, Chicago, Illinois 60707. To express condolences online, visit www.preston-hanley.com
See more See Less

In Memory Of Linda Marie Hughes