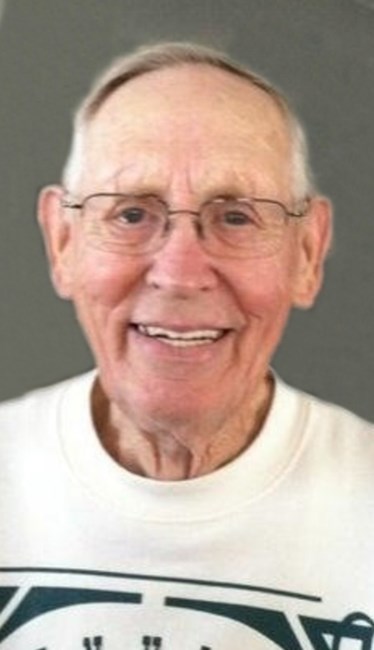 HANNA CITY ~ Richard “Rich” Charles Vogel, 90, of Hanna City, passed away at 1:29 a.m. Wednesday, August 3, 2022 at OSF Saint Francis Medical Center in Peoria. Born February 14, 1932 in Dawson County, Nebraska to Daniel and Sarah (Johns) Vogel, he married Donna Jean Burroughs on June 24, 1956 in Peoria. Surviving is his wife of 66 years; three daughters, Kimberly Ann (Stephen) Shaw of Peoria, Sherry Lynn (Eric) Gardner of Hanna City and Angela Jean (Mourad Muhammad) Vogel of Bolingbrook; two sons, Michael Charles (Joyce) Vogel of Rockford and Bryan Lee (Dr. Deborah Baldemor) Vogel of Scottsdale, Arizona; ten grandchildren, Joshua, Rachel and Hannah Shaw, Andrew (Stephanie) Vogel, Ryan (Sydney) Sullivan, Laura Sullivan, Miya Muhammad, Dillon, Beckham and Owen Vogel; nine great-grandchildren, Amiya and Jaxson Hislop, Eli, Owen, Liam and Lucy Vogel and Norah, Cameron and Ellie Sullivan. Also surviving are two brothers, Raymond (Marjorie) Vogel of Mapleton and Donald (Sharon) Vogel of Glasford. He was preceded in death by his parents and six sisters, Mildred, Letha, Florence, Margaret, Wilma and Lorene. Rich was a veteran of the United States Navy. He worked as a carpenter out of the Carpenters Local Union 183 in East Peoria for 50 years. A devout family man, Rich enjoyed woodworking, gardening, fishing and bird watching. He also loved spending time in the sun, while at the beach in Bradenton, Florida. Rich was a 67-year member of Peoria Seventh-day Adventist Church, where he was a dedicated servant to God, his church and church community. His funeral will be at 11 a.m. Tuesday, August 9, 2022 at Preston-Hanley Funeral Homes & Crematory in Pekin. Pastor Stephen Shaw, his son-in-law, will officiate. Visitation will be from 5 to 7 p.m. Monday evening at the funeral home. Burial will be at Glendale Memorial Gardens in Pekin. In lieu of flowers, memorial contributions may be given online to Maranatha for Water Wells at www.maranatha.org To express condolences online, visit www.preston-hanley.com
See more See Less

In Memory Of Richard Charles Vogel