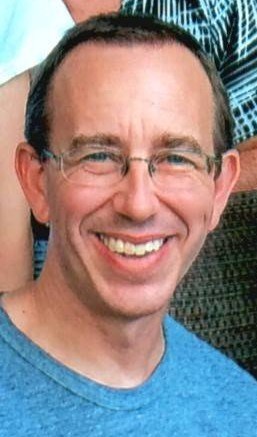 EAST PEORIA ~ Timothy Douglas “Tim” Church, 54, of East Peoria, passed away Tuesday, February 8, 2022. Born September 2, 1967 in Peoria to Gary and Barbara (Cripe) Church, he married Paula Moehle on November 20, 1999 in Pekin. She survives. Also surviving are his mother of East Peoria; two daughters, Elizabeth Church of Wheaton and Margaret Church, at home; one son, William Church, at home; one brother, Scott Church; and a special aunt, Marian Allan. He was preceded in death by his father; an infant daughter, Charlotte Anne Church; his grandparents, Charles and Ethel Church and Floyd and Mildred Cripe and a sister-in-law, Jeannie Church. A graduate of East Peoria Community High School, Tim graduated from Washington University in St. Louis with a Bachelor of Arts Degree in Mathematics and Economics. He then graduated with his Juris Doctorate from Harvard Law School. Tim worked as Counsel for State Farm Insurance since 1997 in their Law Department handling tax, reinsurance and financial counseling matters. He previously practiced with the law firms of Keck Mahin & Cate; Miller, Hall & Triggs; and Elias, Meginnes & Seghetti. He formerly served as the Tazewell County Public Guardian and Administrator and was a former member of the East Peoria District 86 Foundation, of which he served as President from 1996 to 2008. He also was a former Tazewell County Board member for 15 years, a past Fon du Lac Township Trustee and former Fon du Lac Park District Commissioner. His private memorial service will be held at Preston-Hanley Funeral Homes & Crematory in Pekin, with the Rev. Judy Doyle officiating. Inurnment will be in Fon du Lac Township Cemetery in East Peoria at a later date. Memorial contributions may be made to Samaritan’s Purse, P.O. Box 3000, Boone, NC 28607-3000 or to Midwest Food Bank, 9005 North Industrial Road, Peoria, IL 61615. To express condolences online, visit www.preston-hanley.com
See more See Less

In Memory Of Timothy D. Church