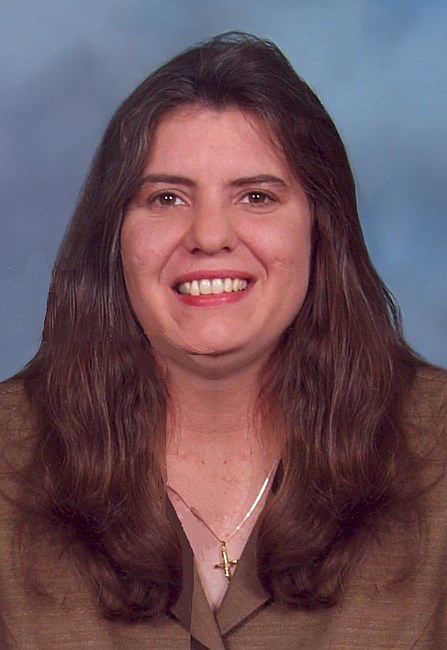 Anne Waits-Wren, 52, of McCalla, Alabama, passed away Tuesday, February 23, 2021. She was born in Birmingham, Alabama on September 18, 1968. Anne graduated from John Carroll Catholic High School and continued her education to earn multiple degrees, including a criminal justice major, from the University of Alabama, Birmingham. Her professional career kept her at UAB, where she positively influenced countless lives as a Licensed Social Worker. In her leisure, she enjoyed reading and exploring the outdoors. Anne is survived by her husband, Jeffrey R. Wren, whom she married on August 21, 1993; her parents, Nellie Wegent Waits and Jimmy L. Waits; one brother, James Christopher Waits (Sharon); nieces; and one nephew. The Mass of Christian Burial will be at 10 a.m. on Thursday, March 4, 2021 at Prince of Peace Catholic Church in Hoover, Alabama. Burial will follow at Southern Heritage Cemetery in Pelham, Alabama.
See more See Less

In Memory Of Anne Marie Wren