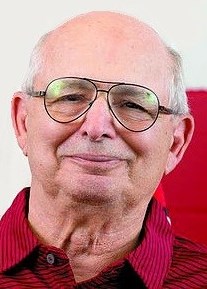 Art Clarkson loved to bring people together, and sports was his favorite method. Whether it was the whole city around Birmingham Barons baseball or Birmingham Bulls hockey, or just his family on a Sunday afternoon for a Bears game, Art loved to make us all smile (or wince if our team lost) together. A Veteran of the U.S. Navy and the U.S. Army, Art passed away Monday, October 7, 2019 at age 78 at his Birmingham, Alabama home. He was born Jules Arden Clarkson on June 9, 1941 in Chicago, Illinois. Art leaves a big hole in the hearts of his family, but also of countless athletes he mentored, coaches he recruited, staff he led, and fans he thrilled. Growing up in California, Art was a gifted athlete himself, playing football through college and having fun doing anything physical, from surfing to lifting weights. He met his wife of 42 years, Kathy, and they moved around the country working in sports, before settling in Birmingham to raise their children Alison and Matt. Art spent years developing the Barons, and as a family they rarely missed a game. After traveling in more recent years to develop teams in Green Bay and Denver, Art returned to Birmingham to be closer to his family, which had grown to include five grandchildren. Art's final project was the relaunch of the Birmingham Bulls, where he and Kathy never missed a game, and enjoyed hosting their children and grandchildren whenever possible. Art had the touch in sports and in life because he always knew what really mattered: living kindly, having fun, and being together. The family welcomes friends and business associates to join them for A Celebration of Art's Life at 6:30 p.m. on Tuesday, October 22, 2019 at the Hoover Metropolitan Stadium. Immediately following the service, the family will host a reception at the Hoover Met, 100 Ben Chapman Drive, Hoover, AL 35244.
See more See Less

In Memory Of Art Clarkson

A Celebration of Art Clarkson's Life