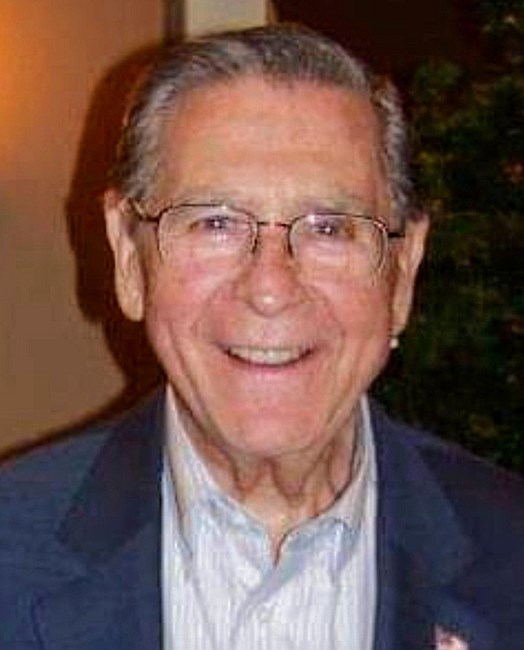 Arthur Wiley Hodge, age 90, of Moody, Alabama passed away Friday, November 19, 2021. He was born September 6, 1931 in Decatur, Alabama. He graduated from Decatur High School in 1950 and joined the U.S. Air Force and was stationed in Germany. He was honorably discharged in 1954.

Mr. Hodge married Betty Joyce Statum of Birmingham, Alabama, on November 25, 1954. The couple made their home in Jackson, Mississippi. He enrolled at Millsaps College in Jackson and studied there for two years before transferring to Mississippi College in Clinton, where he earned a Bachelors in Business Degree in 1958.

Mr. Hodge worked at various corporate jobs until 1969 when he struck out and bought a franchise and became a business owner. In 1970, he was offered the chance to buy an existing business, McAlpin’s Department Store in Magee, Mississippi. Throughout his ownership he expanded to two other locations in Hattiesburg and Jackson, Mississippi. He also owned two shoe stores in Jackson as well as being a partner in an oil and gas company that drilled and operated gas wells in Mississippi.

Mr. Hodge was also a founding director of the Bank of Simpson County as well as appointed by the Governor of the State of Mississippi to chair the State Savings and Loan Board. He also served on numerous national boards within his church denomination. Among them, the National Layman’s Board and the Radio and Television Board. He also served as a member of the board of Lee University in Cleveland, Tennessee.

Mr. Hodge was known for his beautiful singing voice, his lay speaking skills, as well as teaching an adult Sunday School class for many years. He and his wife enjoyed traveling the world including all over the United States, Canada, Europe, Africa and Asia. He also enjoyed playing golf.

Mr. and Mrs. Hodge returned in 1989 to Birmingham, where they enjoyed living close to family and friends. He continued his professional career as Sales Manager in the men’s department of Parisian’s as well as roles with The Cambridge Shop and Jos. A. Banks. He had numerous customers who would only come to him for his expertise. He truly enjoyed working and thrived on being with all of his loyal customers over the years.

Mr. Hodge was predeceased by his parents, Leonard Wiley Hodge and Roberta King Hodge of Decatur, Alabama, and his wife of 66 years, Betty Joyce Statum Hodge.

Visitation will be Saturday, December 11, 2021 from 1-2 p.m. at Ridout's Southern Heritage Funeral Home in Pelham, Alabama, immediately followed by A Service of Remembrance for Mr. Hodge at 2 p.m. at the funeral home's chapel, 475 Cahaba Valley Road, Pelham, AL 35124.

At an earlier date, Mr. Hodge was laid to rest at Alabama National Cemetery, Montevallo.

Fond memories and expressions of sympathy may be shared at www.SouthernHeritageFunerals.com for the Hodge family.

In Memory Of Arthur Wiley Hodge

A Service of Remembrance for Mr. Hodge