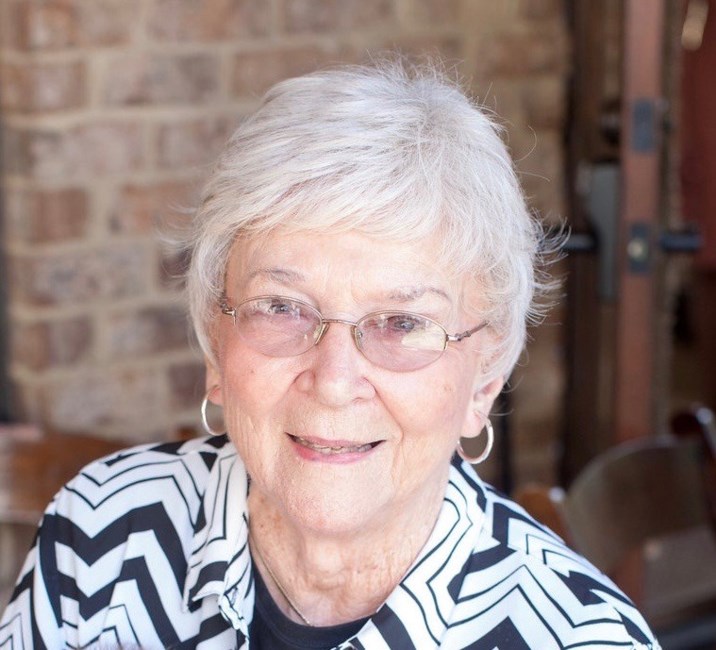 Cain, Carolyn Creech, 98, passed away on January 14, 2023. Carolyn was born on May 2, 1924 in Clayton, NC to parents Ione and Walter P. Creech. She was predeceased by her parents; brother, Preston Creech; husband, John Cain; daughter, Cathy Mawhinney; and son-in-law, Jack Eastis. She is survived by her daughters, Libby Eastis, Carol Ann Morrison (Don) and Jeannie Briggs (Craig). She is also survived by her grandchildren Rachel Petitti (Nick), Beth Boyer (Jeff), Bailey Morrison, Clay Morrison (Molly), Harrison Briggs (Julie) and Peyton Briggs and her great grandchildren Reese Petitti, Ella Petitti, Evie Petitti, Addie Jane Boyer, June Boyer, Jack Morrison, Huck Morrison and several nieces and nephews. Carolyn was a charter member of Vestavia Hills Baptist Church where she faithfully served on numerous committees. She also was active in the Vestavia Hills community including the Beautification Board and Mountain Woods Garden Club. Carolyn was an excellent Bridge player and enjoyed the friendships she had with several Bridge groups. Carolyn was a graduate of Meredith College in Raleigh, NC. After graduating, she worked in Winston-Salem, NC where she met her husband, John. They were married in 1950 and spent the majority of their married life in Birmingham, AL. A memorial service was held on Friday, January 20 at 2pm at Vestavia Hills Baptist Church. In lieu of flowers, memorials in Carolyn’s memory can be made to Vestavia Hills Baptist Church.
See more See Less

In Memory Of Carolyn Creech Cain