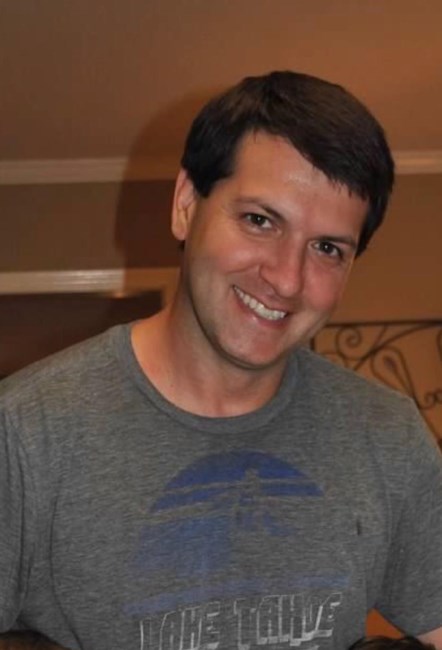 Dewey “Trip” Stephen Malouf, III, age 43, long time resident of Hoover, Alabama, passed away surrounded by family on August 16, 2020. He was born on September 5, 1976 in his hometown Greenwood, Mississippi to his parents Dewey Stephen Malouf, Jr. and Zada Harris Malouf. Growing up in Greenwood, MS, he went to Pillow Academy and later attended college at Mississippi State University. During his childhood in Greenwood, Trip spent time playing baseball, football, golf and he loved all things Mississippi State. In 2003, he married the love of his life, Courtney. He was an incredible husband and loving father to his three sons. He enjoyed family time which included canoeing down the Cahaba, attending concerts, coaching baseball and basketball, camping with boy scouts, and playing golf. He will be remembered for his calming presence, kind nature, humility, faith in God, and sense of humor. He was truly a light to his friends and family. He is survived by his wife of 17 years, Courtney Burris Malouf; his three sons, Micah (13), Sam (11), and Lucas (7); parents Dewey and Zada Malouf; one sister, Maggie Malouf Estess; brother-in-law, Will Estess; nephews, Chase and Ethan Estess. In lieu of flowers, donations can be made to Compassus Birmingham or to the O’Neal Comprehensive Cancer Center at UAB (research in finding a cure for Glioblastoma). The family will have anm graveside service for family at Southern Heritage Cemetery.
See more See Less