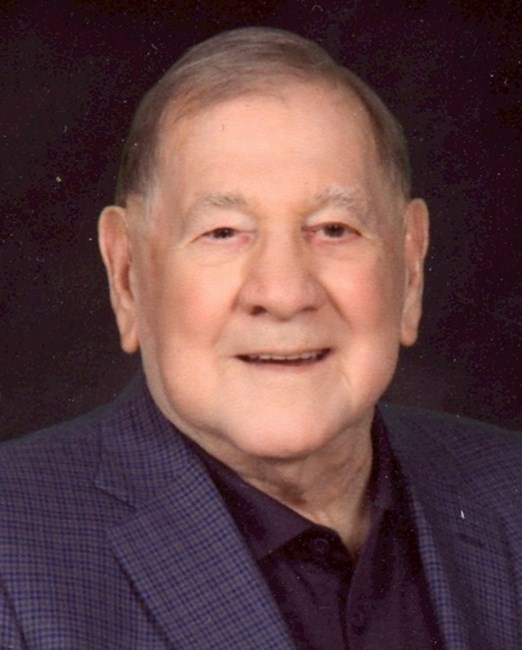 Some people define themselves by their career, their religion, or their politics, but for Donald (Don) Eugene Capps, he defined himself simply as a Christian, husband, father and grandfather to his children, grandchildren, and great-grandchildren. Because of this, his family loved him, and he loved and cherished them. Don Capps went to his eternal home on May 8, 2022. He was the devoted husband of Annie Lloyd Lester Capps, affectionately known as "Ann" by her loving and devoted husband and loving father of Kelley and Keith. Donald Capps, son of the late Charles Issac and Ollie Eugenia (McClain) Capps, was born August 9,1935, in Birmingham, Alabama. He attended public schools in Jefferson County. At an early age he professed his faith in Jesus Christ and was baptized at Ensley Baptist Church. He also was a dedicated member of North Shelby Baptist Church where he served as a Sunday School teacher, deacon, and on several church committees. From an early age, Don's faith was evident as he actively supported The Gideons International. He met Ann, his devoted wife of 65 years, at Western Supermarket where he was working. He and Ann were married on August 24, 1956 at Ensley Baptist Church. This union was blessed with two children by birth and two by God's grace. Don served in the Alabama National Guard for 14 years as a Sergeant First Class. He then began his career at Republic Steel in 1958 and spent a total of 19 years with them. In 1982, he started Capps' Customs, a specialty windows covering company. He started the Sheffield Fund in 1993 with two employees. Twenty-nine years and many more employees later, the company is one of the state's premiere worker's compensation providers. Don believed in treating people right and making his employees happy. Don had a spiritual gift of generosity, and along with Ann supported many charities, entities, and individuals. One of Don's favorite sayings was, "You can never out give God." His life will forever be cherished by the lives of his wife and family which include Kelley Rowan (Tom), Donald Keith Capps both of Birmingham, and their sons by God's Grace, Erick Lamont Greene and Rony Swaid, also of Birmingham. Grandchildren: Chad (Angela) Laird, Matthew (Ashley) Laird, Courtney Laird, Nichole (Cody) Marcum, and Keith Capps, Jr. Great-Grandchildren: Abel, Lucas, Dylan, Cooper, Clark, Tenley and Charlie Laird and Bryce Marcum. Don also leaves behind many loved and cherished family members. One of the kindest souls on this planet, Don was a gentle, giving man who worked tirelessly to ensure that his family had everything they needed. He faced every challenge in life with admirable strength and courage. Early in life, he learned the importance of hard work and perseverance, and he instilled that same work ethic in his family. He was a man of strong faith and he taught us the importance of loving God, family, and others. He was a true role model who we will always hold in the highest esteem. Don is now at peace but will live on forever in our hearts. Thanks be to God for the life of this wonderful man, who planted seeds in our hearts. Those seeds will bloom forth with his love, and his story, into the next generation and the generations after that. "Remember yesterday, Dream about tomorrow, but Live today. Let us live today in a higher level of consciousness, allowing God's spirit to permeate our consciousness and actions to His eternal glory, day by day." The family expresses special thanks to Compassus Hospice and Touching Hearts for their loving care of Don. A celebration of Don Capps' life is planned for Friday, May 13, 2022 at North Shelby Baptist Church, 4100 Belcher Drive, Birmingham, AL 35242. The visitation is scheduled for 11 a.m. to 1 p.m. with the celebration service to follow at 1 p.m. at the church Friday. In lieu of flowers, the family requests donations be made in Don's memory to Big Oak Ranch, 250 Jake Mintz Road, Gadsden AL 35905, (256) 892-0773; His Vessel Ministries, 300 Water Street, Suite 100 Montgomery, AL 36104, (334) 356-4478; or North Shelby Baptist Church, 4100 Belcher Drive, Birmingham, AL 35242, (205) 995-9056.
See more See Less

In Memory Of Donald Eugene Capps

A Service of Celebration for Don Capps' Life