In lieu of flowers, memorial contributions may be made in Salvador's name to Saint Mark's Church or to the Dominican Monastery of St. Jude (Marbury, Alabama). 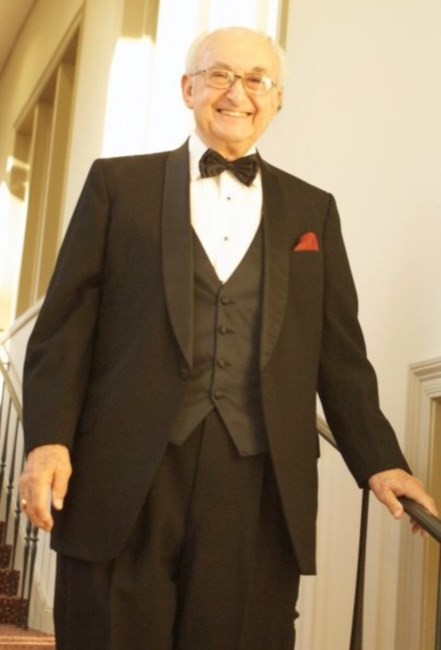 Salvador N. Marino, 94, passed away peacefully at his home, surrounded by his family, on June 13, 2019. Sal was born on April 12, 1925 in Birmingham, Alabama to Nickolas S. and Annie (Romano) Marino. Sal attended Phillips High School and then joined the United States Army. He was a member of the 101st Airborne Screaming Eagles Paratroopers in World War II.

Sal was a lifelong, dedicated, Academy Award Winning Chef. He was a great motivator and mentor to many people in his industry. He was a devout Catholic and a faithful member of Saint Mark the Evangelist Catholic Church.

A gathering of family and friends will be held at Saint Mark's Catholic Church on Tuesday, July 9, 2019 at 10:00 am until Memorial Mass at 11:00 am. In lieu of flowers, memorial contributions may be made in Salvador's name to Saint Mark's Church or to the Dominican Monastery of St. Jude (Marbury, Alabama).

In Memory Of Salvador N. Marino