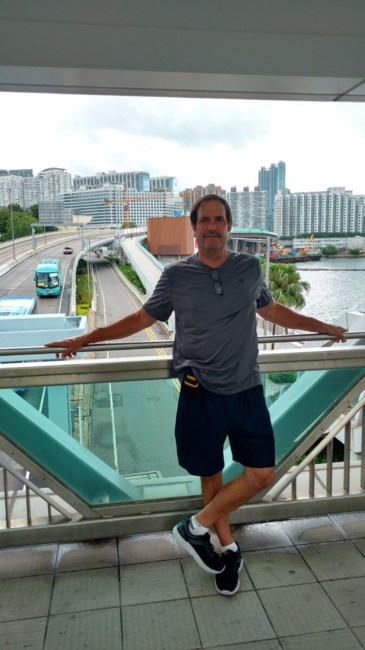 The world lost one incredibly amazing man today. Steve Fondots- 67 of Hoover Alabama, passed away on July 28, 2022. Steve leaves a huge hole in the hearts of his family and friends who were always entertained by his stories and his great sense of humor. He truly brought the life to the party. He was born in Norristown, PA on May 12, 1955. He graduated from Norristown High School in 1973. Steve moved to Roswell Georgia in 1973 where he studied at Kennesaw College. In 1976 he married Holly, his high school sweetheart. Steve worked in the Lumber Business for over 40 years including US Plywood, Champion International, Georgia Pacific, Weyerhaeuser and Southwood Forest Products, before retiring in 2014. His great passion and interest was golf. He was known as the “Commish” for organizing the Saturday morning group of guys and gal. He worked tirelessly as a committee member/committee chair, Board Member and served as President at the Riverchase Country Club. Most recently he took up Pickleball and promoted this activity at the Club. Both Steve and Holly shared their love of travel by visiting many parts of not just the USA, but around the world to many countries. He enjoyed woodworking and building furniture and many projects around the house on Holly’s “Honey To Do List.” Steve was an active Volunteer for Habitat for Humanity of Greater Birmingham. He helped build many homes and was part of the “Go To Gang” for his skills on the jobsite. In 2016 he was named Volunteer of the Year. But his favorite time was spent volunteering at Camp Fletcher. He loved the outdoors and programs the camp offered children K-12 and was known as “Super Steve” for his work with grounds keeping projects. Steve is survived by his beloved wife Holly, his father John T. Fondots and mother Frances Lannutti Fondots (pre-deceased), his brothers John Fondots, James Fondots (pre-deceased), his Step Mother Rosemary Fondots, his Step Brothers Ronald Fondots and Kenneth Fondots (pre-deceased), his Brother In-law and Sister In-Law John and Michelle Jarrett and many nieces and nephew. A Celebration of his Life will be held later in the fall. In lieu of flowers, donations can be made out to BridgeWays and mailed to: Camp Fletcher Steve Fondots Memorial Fund 5150 Fletcher Road Bessemer, AL 35022
See more See Less

In Memory Of Stephen John Fondots