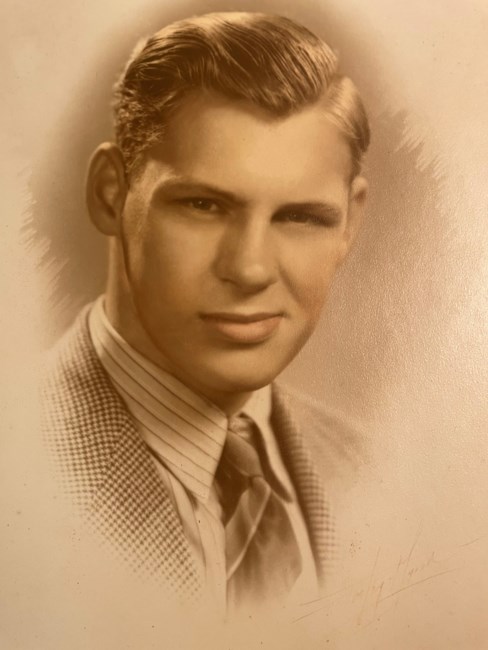 Comer B Fowler Sr. of Holt, Florida passed away September 12, 2022. Comer went to be with his Lord early in the morning. He passed away peacefully surrounded by his family. He was much beloved by his family and friends. He was born on November 22, 1927 and was 94 years old. Comer is survived by his loving wife of 75 years, Myrtle Elizabeth Fowler; his children, Comer B "Bo" Fowler Jr. (Marianne Fowler), James Michael Fowler (Judy Fowler), Glen Stephen Fowler (Sharon Carr), and his only daughter, Carla Denise Lowery (Mitchell Lowery); grandchildren, Christine Louise Powell (Tim Powell), Jennifer Marie Howell (Clay Elliott), Steven Michael Pyron (Stephanie Pyron), Autumn Danielle Wright (Matt Wright), Angelina Celeste Fowler Floyd (Danny Floyd), James Michael Fowler Jr., Crystal Leanne Taylor (Scott Taylor), Alena Marie Nary (Jeffrey Shealy), Ryan Gabriel Fowler (Samantha Fowler), Brittney Ashton Leber (Bryan Leber) and Mason Mitchell Lowery. In addition, there are 21 great-grandchildren and 11 great-great-grandchildren. Comer has on surviving sibling, his younger brother, Edison Fowler (Janet Fowler) of Pensacola, Florida. Comer was a retired Electrical Contractor. He held a State of Florida electrical contractor's license and a State of Alabama electrical contractor's license. He was in business for over 60 years before retiring.In addition, he served on the board of the National Electrical Contractors Association for many years. He was a U.S. Army Air Corps veteran and served during WW11. He was an airplane pilot, a Shriner and an avid do-it-yourselfer. Most of the homes he lived in during his adult life he built himself. A Visitation will start at 1:00 pm on Friday, September 16, 2022. A Celebration of Life will follow at 2:00 pm at Bayview Fisher-Pou Chapel and Memorial Park, 3351 Scenic Hwy; Pensacola, Florida. Fond memories and expressions of sympathy may be shared at www.BayviewFisher-PouChapel.com for the FOWLER family.
See more See Less

In Memory Of Comer B Fowler