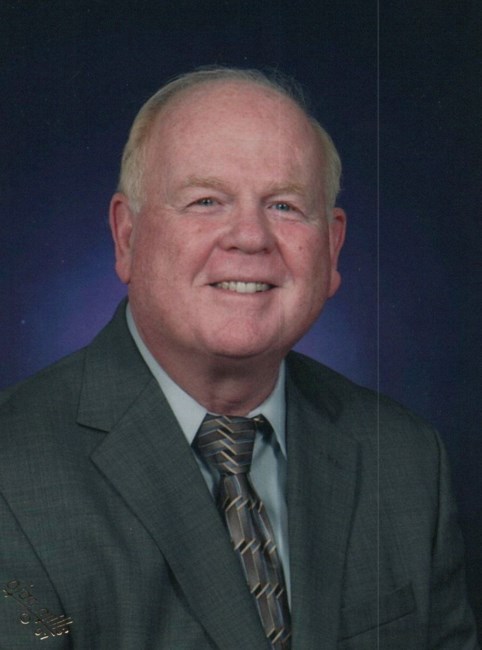 David G. Peebles, 78, of Pensacola died Monday, January 17, 2022 after his struggle with Alzheimer’s disease. David was born October 01, 1943 in Brewton, Alabama to Ernest Wilson Peebles and Bertie Ruth Stringer Peebles. In 1959, David moved to Pensacola where he graduated from Tate High School. He owned Peebles Insurance in Tampa until his retirement in 1999. David embraced his Scottish heritage, with one of his favorite memories being a trip to Scotland with his dad. David had a big personality, was witty and fun, very charming and always a gentleman. He was an avid golfer and loved working crossword puzzles. Some of his favorite things and loves were the Florida Gators, owls, art, good food and an occasional Grey Goose martini. Most of all David loved his wife and family. He was a U. S. Navy veteran and a member of Olive Baptist Church. Preceding David in death are his parents, Bertie and E. Wilson Peebles. Surviving David are his wife, Mary Kathryn Peebles; son, Russell Peebles and wife Tracy of Tampa, FL; daughters, Leeann Peebles of Tampa, FL and Terri Peebles-Peach and husband James of Tampa, FL; six grandchildren, Joshua Peebles, Amber Peach, Rachel Peebles, Cydney Figueroa, Matthew Figueroa and Harper Peebles; step-son, Scott Aaron; step grandchildren, Kathryn Aaron, Justin Aaron, Jake Aaron and Zachary Aaron; step great grandchildren, Koby Allison and Braxton Hill. David is also survived by his former wife, Jean Peebles of Tampa, FL; special cousin, Georgia Lanier of Brewton, AL; brother-in-law sister-in-law Ronnie and Mable Brown; his beloved cats, Anya and Luka. The family will receive friends from 10:00 a.m. until services at 11:00 a.m. at Bayview Fisher-Pou Chapel with Chaplain Jeff Tisdale officiating. Interment will follow at Barrancas National Cemetery with military honors. Pallbearers will be Stan Shaw, John Merritt, Justin Aaron, Russell Peebles, James Peach and Brett Hays. BAYVIEW FISHER-POU CHAPEL, 3351 Scenic Highway entrusted with arrangements. Condolences may be offered at www.bayviewfisher-pouchapel.com.
See more See Less

In Memory Of David Gearing Peebles