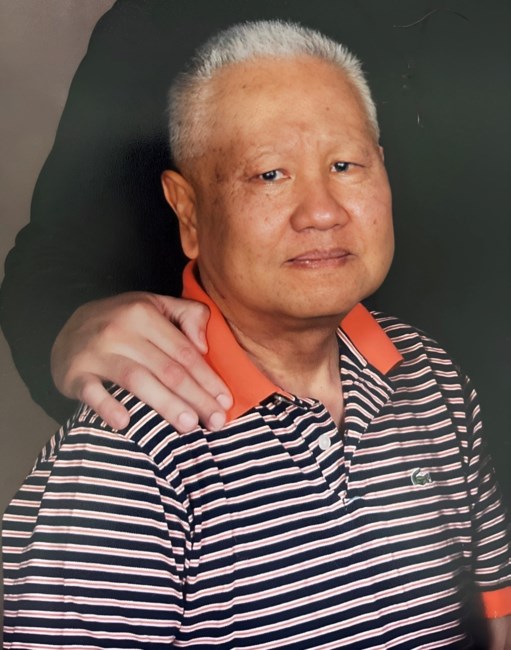 Eduardo “Eddie” Isla Eduardo Marcellana Isla, 66, of Milton, Fla., passed from earthly life at his home on Sunday, July 24, 2022. Having suffered a stroke three years prior, he was a courageous fighter until the end. Ed (Eddie, as he was known to many) was born January 24, 1956, in Lemery, Batangas, Philippines. He earned a bachelor’s degree in business administration at the University of the East in Manilla, and a degree in fashion design. He served many years as head tailor at NAS Pensacola and often provided expertise at weddings and other formal events. A faithful Catholic, he worshiped at St. Rose of Lima for more than 30 years and was devoted to Mary and to the rosary. His life was exemplified by his love for others, his creativity and zeal. Before settling in Florida, Ed lived in Chicago, where, in 1986, he met and married the former Annette Faye Jarrell. Ed proposed to her at the end of their first date (set up by his cousin) and they wed three months later, on April 4. He is survived by his loving wife of 36 years, their two adoring children, Lindsey Lannette O’Hagan (Patrick) of South Pittsburg, Tenn., and Paul Anthony Isla (Candise) of Orlando, Fla.; Sister-in-laws Loretta Morris, Melinda Jarrell and Brother-in-law Kenneth Morris, nieces Summerlin Morris, Lara Anne Isla, Michelle Isla Barandino, Joy Isla, Sarah Isla, Bernadette Isla, Nina Isla, and Brayleigh Morris; nephews Jeremy Cash, Chazz Morris, Brian Isla, Kian Isla, Jhay Isla, Ronald Isla, Richard Isla, Randy Isla, Sonny Isla, and Pen Isla; and close relatives Jesusita (Chitt) Palomeno, Michael Palomeno, Norberto (Butch) Palomeno, Ed Palomeno, Conchita Tajan, and Nonito and Milagros Villaruel. He is also survived by siblings Hermie Isla and Norie Isla residing in diverse places, including Italy and the Philippines. He was preceded in death by his parents Margarito and Teresita Isla in the Philippines, his mother-in-law, Katie Jarrell, his beloved aunts, Teresita Hernandez and Virginia Malantic, his siblings Jimmy Isla, Lito Isla, and Ronnie Isla, his cousin, Eduardo Palomeno, and nephew, Zachary Brown. A funeral mass will take place at 2 p.m. Friday, July 29, at St. Rose of Lima Catholic Church in Milton. Visitation begins at 1 p.m. prior to mass. Fond memories and expressions of sympathy may be shared at www.EasternGateMemorial.com for the Isla family.
See more See Less

In Memory Of Eduardo "Ed" Isla