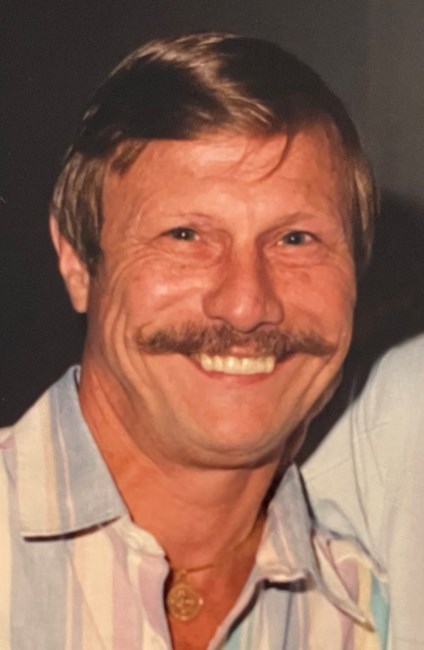 Gerald “Jerry” Oramonde Foote Devoted husband and father Jerry Foote, 81, passed away peacefully Wednesday, May 4, 2022, surrounded by family at his home. Jerry was the oldest child of Eugene Oramonde Foote and Helen Lavigne Foote. He was born April 17, 1941, in Baton Rouge, Louisiana, and raised in Pensacola, Florida. He attended Sacred Heart Catholic School and graduated from Pensacola Catholic High School in 1959. In 1963, Jerry joined the United States Navy to serve as a Hospital Corpsman. While stationed in Taipei, Taiwan, he met his future bride, Sharon Hefley Foote. They returned to the U.S. and were married on August 13, 1966. He spent his early career helping to build the Pensacola Engraving Company with his father and brothers. Later in life, he acquired an affinity for computer programming and started a software company with his own sons, which he retired from decades later. Jerry was an avid waterman. His love of sailing first blossomed in the 1950s when he traveled as an Eagle Scout to be a sailing instructor in New York. Sailing was a fixture throughout his life, enjoying long-distance trips with his family throughout the Gulf of Mexico and the Atlantic Ocean as well as weekend raft-ups with friends in local waters. He is preceded in death by his parents Eugene Oramonde Foote and Helen Lavigne Foote and brother Douglas Oramonde Foote (LB). He was devoted to and is survived by his loving wife Sharon Hefley Foote and his children; Gregory Foote, Jason Foote, Courtney (Sean) Fell, Matthew Foote, and Katie (Tommy) Fruitticher, and grandchildren Seth, Jaclyn, Alexandra, Maxwell, Dylan, and Thomas. He is also survived by his brother Richard Oramonde Foote (Diana) and numerous nieces and nephews. Funeral Mass will be celebrated at St. Ann Catholic Church, 100 Daniel Drive, Gulf Breeze, FL. on May 25th. Rosary will be held at 9:30 AM, visitation at 10:00 AM, and Mass at 10:30 AM with luncheon to follow in the Parish Hall. Private Interment will be at Barrancas National Cemetery. In lieu of flowers, memorial donations can be made to a charity of choice.
See more See Less