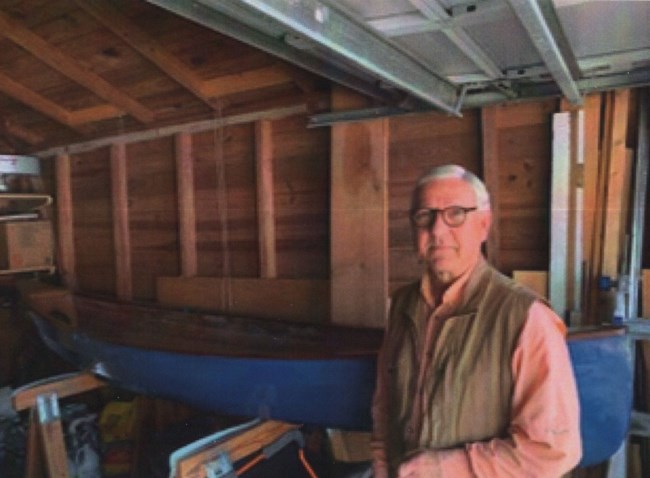 J. Andrew (Andy) Brian was born September 12, 1951 in Vincennes, IN., to Bill and Gerry Brian, passed away on Sunday, September 11, 2022 after a brief hospitalization. He grew up in St. Francisville, IL., and talked about having breakfast each morning with his Grandad and playing small town baseball. He learned excellent carpentry skills at his uncle's cabinet shop. Andy earned a B.S. in art from Eastern Illinois University and met his wife, Jody, their freshman year. They were married September 2, 1972 and being poor college students, he designed and fabricated their wedding bands. He also attended advanced training in museum administration at Colonial Williamsburg. Andy had over 35 years in the museum field including exhibit design and production and later administration. He began his career with Pensacola Preservation Board and restored the old trolley and built facades currently in the Museum of Commerce. He was part of the curatorial staff to open the new Museum of Florida History in Tallahassee. He was named Capitol Curator in 1981 and managed the restoration and furnishing of the Old Capitol. In 1985 he was recruited by the Historical Museum of Southern Florida in Miami where he advanced from Exhibits Director to President/CEO. He retired in 2008 after serving as Director of Chesterwood, a property of the National Trust in Stockbridge, MA., and eventually returned to Pensacola. He was active during his career in numerous professional organizations. Andy enjoyed tinkering in his workshop on various projects. He was multi-talented; able to build, repair, or restore anything. He was currently finishing a wooden canoe. He had a good heart and positive attitude. He was quiet, but when he spoke it was worth hearing. He was taken far too soon and is greatly missed. Andy is preceded in death by his parents; his sister, Sharon Lee Gher; his brother, Randy Brian and his brother-in-law, Bill Gher. He is survived by his wife, Jody; sisters-in-law: Janice Brian, Jan Golden(Keith), Jill Youngblood (Felton); several nieces, nephews and cousins; and his cats, Bart and Nell; and dachshund, Lady Mac. Plans for a Memorial Dinner are underway and details will be provided when complete. Donations, if desired, may be made in his honor to Historical Museum of Southern Florida, 101 W. Flagler St., Miami, FL., 33130 (designate for Map Fair) or to Pensacola Humane Society, 5 North Q. Street, Pensacola, FL., 32505. Family expresses sincere appreciation to MICU nursing staff and physicians at Baptist Hospital for the heroic efforts made during his illness. Fond memories and expressions of sympathy may be shared at www.BayviewFisher-PouChapel.com for the Brian family.
See more See Less

In Memory Of James Andrew Brian