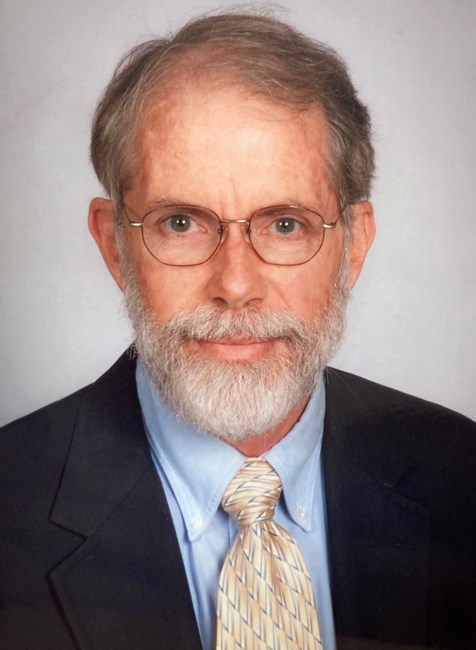 John J. Varenholt III, age 71, passed away on Wednesday, November 23, 2022. Jay was born in New Orleans, Louisiana, to parents John J. Varenholt, Jr. and Perlin Mae (Myers) Varenholt. After graduating from Archbishop Rummel High School, where he played clarinet in the band, he attended LSU New Orleans. Jay joined the Air Force Reserves in 1970 and served twelve years, reaching the rank of Staff Sergeant. He met his wife Susan (Grimes) Varenholt in college, and they married on December 29, 1972. They moved to Pensacola in 1973 for Sue’s career in the Navy, and Jay finished his degree in computer science at the University of West Florida. In 1976, they returned to New Orleans, where he worked as an engineer for TANO for five years. In his free time, Jay enjoyed sailing with Sue and their dog Crunchy. He was also an Amateur (HAM) Radio enthusiast. Jay then decided he wanted to pursue a career in medicine. He attended LSU Medical School, and then went to University of North Carolina at Chapel Hill for his residency in family practice. Their daughter Gretchen was born in Chapel Hill in 1989. The family returned to Pensacola in 1990. Jay worked as a physician for West Florida Hospital for 21 years, where he was loved and respected by his patients and colleagues. He served on the board of directors for West Florida Hospital for several years. Jay is survived by his wife Sue, daughter Gretchen, brother Paul, sister-in-law Theresa, nephews Patrick and Carter, nieces Regan, Tara, Jade, and Jolie, and dog Jackie. He is preceded in death by his parents John and Perlin. In lieu of flowers, the family requests donations be made to the Michael J. Fox Foundation for Parkinson’s Research. A Visitation will take place at 11:30 am, Wednesday, December 7, 2022. Memorial Service will begin at 12:30 pm at Oak Lawn Funeral Home. Inurnment will follow at Barrancas National Cemetery.
See more See Less