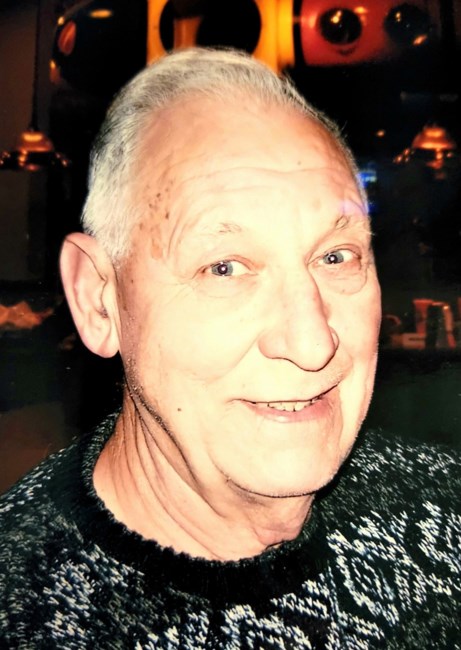 Raymond B. Ballard, a proud veteran of the US Navy, passed away unexpectedly on Monday, July 25, 2022, at the age of 83. Ray “Bud” Ballard was born in Barbourville, KY on 1/25/1939. He graduated from Knox Central High School where he applied his interest in mechanics by working on the school buses. After high school, Ray enlisted in the National Guard after which he decided to transfer to the US Navy. His military assignments included NAS Oceana, Virginia Beach; NAS Cecil Field and NAS Mayport, Jacksonville FL; NAS Miramar, San Diego; NAS Pensacola; USS Ticonderoga; USS Oriskany and USS Saratoga. He served his country honorably and faithfully for 20 years before retiring as a Chief Petty Officer. After retirement, Ray owned an automotive repair business and eventually ventured into commercial fishing, sailing the seas as Captain of his boat “The Fairweather.” He loved fishing and was a wonderful cook. He, at times, worked 2-3 jobs to provide the best for his family. He was a Deacon and faithful member of Fairfield Drive Baptist Church, Pensacola FL, for over fourty years. Ray was the pillar of his family and will be forever missed by his loving wife, daughters, and many grandchildren. He is preceded in death by his father, Raymond B. Ballard, Jr., and his mother, Katherine Ballard. He is survived by his beloved wife of 62 years, Nannie Mae Ballard (Hudson); brothers, John C. Ballard and James “Jim” Ballard; daughters, Cathy Davidson (Tommy), Brenda Ballard, Linda Denton (Gary), Cynthia "Cindy" Cothran; grandchildren, Jesse Crowe, Bella Davidson, Stephen Ballard, Christopher Denton, Rosanna Mendoza, Katelyn Banks, Dennis Lamontagne II, Madison Cothran, Noah Cothran, Aiden and Alex Cothran; along with twelve great grandchildren, three nephews and many cousins. A visitation for Raymond will be held Monday, August 1, 2022 from 12:00 PM to 1:00 PM at Oak Lawn Funeral Home, 619 New Warrington Road, Pensacola, FL 32506, followed by a funeral service from 1:00 PM to 2:00 PM. Fond memories and expressions of sympathy may be shared at www.oaklawnfunerals.com for the Ballard family.
See more See Less

In Memory Of Raymond B. Ballard