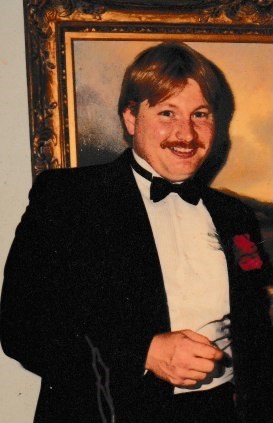 Peoria – Barry Bruce Peters of Peoria passed away on Tuesday, April 12, 2022. Barry was born in Kansas City, Kansas on March 29th, 1953, to Gerald (Jerry) L. Peters and Mary Lou (Helm) Peters. He was the second of their four children. During Barry’s childhood, the Peters family moved to Enid, Oklahoma to enable his father to attend seminary to become a minister. Upon completion of seminary, the family moved to Lincoln, Nebraska where his father accepted a ministerial call to East Lincoln Christian Church and on to Fremont, Nebraska. While in Fremont, Barry, along with his parents and siblings helped to form a new congregation for the Christian Church Disciples of Christ. The Peters family helped to build the parsonage. During construction, of the Church, worship was held in the basement of the parsonage. This family affair drew the Peters family together to enable the church to grow and thrive. Barry was baptized in this Church by his father. Another ministerial call took the family to Country Club Hills, Illinois, a southeastern suburb of Chicago. While attending Hillcrest High School, Barry was voted All Conference in football and was a Conference Champion Wrestler for two years. Upon graduation in 1971, Barry attended Eureka College where he continued to play football. He was a member of Tau Kappa Epsilon Fraternity. During his young adult years, Barry traveled the country, settled in Peoria, Illinois and become the assistant manager at the Peoria Country Club. He attended Southern Illinois University in Carbondale and earned a degree in archeology. He loved to go on archeological digs. He had a great interest in ancient farm implements. While working and studying, he traveled to many places of interest including the western United States, Australia, New Zealand, Central America and Canada. Barry went on to become manager of the Creve Coeur Club in Peoria and later worked for Club Corp of America where he restructured other country clubs to improve their efficiency. Then his work returned him to the Chicago area and on to South Bend, Indiana where he managed other country clubs. Barry earned the Special Achievement Award for his managerial performance from the Knollwood Country Club in South Bend. In 2001, Barry started his own company, Horizon Hospitality to assist clubs, restaurants and hospitality organizations in recruiting highly qualified personnel for their businesses. Barry studied and became an Advanced Sommelier. He taught yoga and exercise classes. He enjoyed traveling. One of his favorite trips was traveling via the Trans Canadian Rail. He also enjoyed cooking and baking. His parents and sister, Tammy Sue Bivona preceeded him in death. He is survived by his brother Steve (Chere) Peters of Peoria and Kippard (Shellie) Peters of South Bend. He is also survived by first cousins Douglas Helm (Brenda) of Bosworth, Missouri, Cheryl Matijevich of Dallas, Texas and Susan Peters-Anastasio of Midland, Texas, nephews Tony (Shellie) Peters, Jesse Peters, Sam Bivona, Casey Bivona, nieces Jenni Bivona, Julie Peters, Elisa (Mark) Rogers, great nephew Tony Peters II, great nieces Samantha Peters, and Anais Barca. Barry is also survived by many special friends. Mike Chinino, college fraternity brother and Stuart Yancy, good friend who twice saved his life, of St. Louis, Missouri. Barry’s family thanks all his caregivers at Accolade Healthcare of Peoria for their years of love and care. Thanks also to Compassus Hospice Care for their love and care during the last weeks of Barry’s life. A Memorial/Celebration of Barry's Life will be Saturday, July 9, 2022 at 2 p.m. at the First Christian Church, 6400 N University St. Peoria, Il. Visitation will be one hour prior to the services at the Church. Burial will be in Swan Lake Memory Gardens in Peoria. Memorial contributions may be made to GCS Project: GYN Carcinosarcoma http://gcsproject.org/donate (a project supporting cancer curing research). Carcinosarcoma took the life of Barry’s sister Tammy.
See more See Less

In Memory Of Barry Bruce Peters