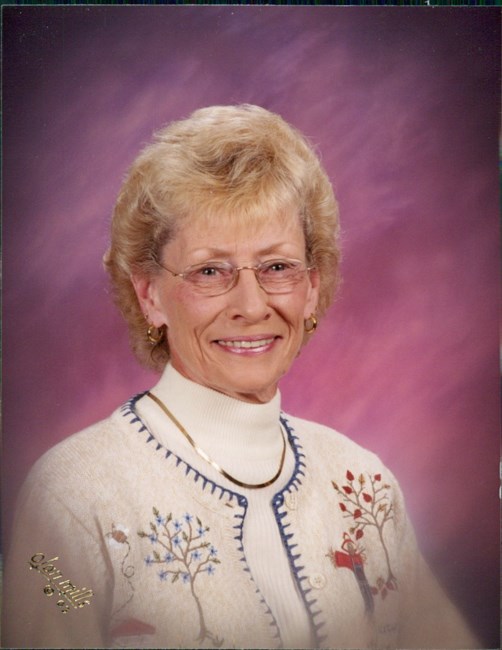 Donna Joan Billerbeck, 83, of Peoria, passed away with her family by her side on Friday, May 6, 2022 at UnityPoint Health - Proctor in Peoria. She was born on July 28, 1938, in the family farmhouse in Paxton, a daughter of Erwin and Vera (During) Beeth. Donna married Ronald H. "Ron" Billerbeck on February 1, 1959 at the Westminster Presbyterian Church in Paxton. Donna and Ron celebrated 63 years of marriage this past February. He survives. She is also survived by her son, Keith (Amber) Billerbeck of Germantown Hills; two granddaughters; two great-granddaughters; three great-grandsons; one great-great-granddaughter; two step-granddaughters; three step-great-grandchildren; one brother, Daryl Beeth of Paxton; one sister-in-law, Barbara Beeth of Dubuque, IA; along with several nieces and nephews. Donna was preceded in death by her parents; one brother, Wayne Beeth; one sister, Jean Anderson; one nephew, Robert Beeth; and one niece, Kimberly Mackey. She was a graduate of Paxton High School, class of 1956. She immediately began her government career working at Chanute Air Force Base in Rantoul, where she met Ron, who was serving in the Air Force. She retired from the Midwest Area Personnel Office, U.S. Department of Agriculture from her personnel assistant position in 1994 after 28 years of government service. Donna was a charter member of Memorial Christian Church in Peoria, serving in various positions over the years. She was a current member of Glen Oak Christian Church in Peoria, where she also served and devoted her time. She was also active in the Peoria Chapter Izaak Walton League for many years. After Donna retired from work, she took up the game of golf. She and Ron played two or three times a week for years. They also took many trips together, and with friends, including Upper Michigan, Florida, Nevada, and throughout the Midwest. There will be a private graveside service at Swan Lake Memory Gardens in Peoria. Memorials may be made to Glen Oak Christian Church - Christian Women's Fellowship. Online condolences may be left for Donna's family at www.davison-fulton.com.
See more See Less

In Memory Of Donna Joan Billerbeck