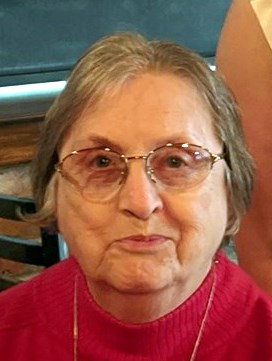 Glenna R. Howard, 81, of Peoria, passed away on Monday, January 16, 2023 in Peoria. She was born on October 14, 1941 in Jacksonville, IL to William and Grace (Miles) Means. She married George Howard on September 5, 1959 in Pekin. He preceded her in death on November 21, 2000. Also preceding her in death were her parents, a son, Michael Howard, grandson, Michael Daniels; sister, Marian Bartley and one brother, Roger Means. Surviving are her four children, Anita Howard Sobkoviak (David) of New Lenox, Susan Howard of Peoria, Daniel Howard of Poquoson, VA, and Allen Howard (Rodney Schlosser) of West Peoria; six grandchildren, Leann Daniels of Peoria, Jason Daniels of Mapleton, Katie Domalik (Karol) of Bradley, IL, Jacob Sobkoviak, Chicago, Dannah Howard and Weston Howard, both of Poquoson, VA; and four great-grandchildren, Michelle, Noah, Calli, and Brody. Also surviving are eight siblings, Elizabeth Hughes, Barbara Pierce, James Means, Samuel Means, Margaret Carton, Helen Means, Elaine Daniels and Robin Means. Glenna worked as a bookkeeper with the Peoria County State Hospital, Meisters, Blackwell Electric, James Botke Accounting, Counseling & Family Services, and Perdue's Painting. Glenna was of Southern Baptist Faith and was an avid reader, cookbook collector, and enjoyed watching the Hallmark Channel. A funeral service will be at 11 am on Friday, January 20, 2023 with visitation one hour prior to the service at Davison-Fulton Woodland Chapel in Peoria. Burial will be at Springdale Cemetery at a later date. In lieu of flowers, which Glenna did not like anyway, donations are kindly requested to St. Jude Children's Hospital or the Gary Sinise Foundation. Words of comfort can be shared with the family at www.davison-fulton.com.
See more See Less

In Memory Of Glenna R. Howard

Burial will be at Springdale Cemetery at a later date