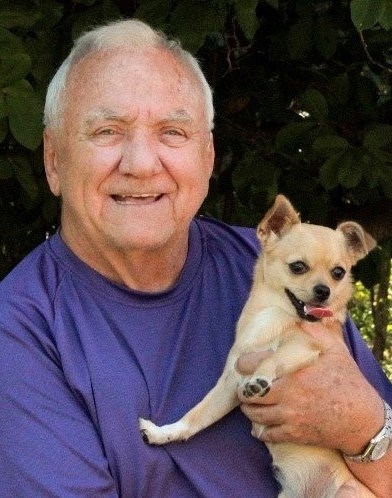 Joseph C. Mudd, 87, of Bartonville, passed away January 17, 2022 in Peoria. He was born on May 1, 1934 in Peoria, to William C. to Lela (Beimfohr) Mudd. He married Judith Nofsinger on November 6, 1954 in Peoria. She preceded him in death in 2001. Also preceding him in death were his parents; one son, Timothy Mudd, one sister, Juanita Saccomano, and his dear friend, Maribeth "Betsy" Klaman. Surviving are his two children, Joseph R. (Cheryl) Mudd in Peoria and Elizabeth (Mark) Christensen of Bushnell; three grandchildren, Lindi (Tom) Modlin of Peoria, Ashley (Jason) Anderson of Peoria, and Clay Christensen of Bushnell; four great-grandchildren, Ryleigh, Tommy, Kenna, and Knox; and one brother, William (Joan) Mudd of Tucson, AZ. Joseph attended Manual High School and served in U.S Airforce during the Korean War. After leaving the Airforce, Joseph went to work at Keystone Steel and Wire until retiring in 1976. Joseph entered into politics and served as a District 1 Alderman in Peoria, then later in the Illinois House of Representatives from 1975 to 1976. After leaving his position as a Representative, he served on the Illinois Hospital Board and then continued in politics as a Lobbyist for the Illinois Sheriff's Association and Administrative Assistant for the Mayor of Rosemont, IL. He was a member of the American Legion Post 979 and the Bartonville VFW Post. Joseph enjoyed riding and racing motorcycles in his youth, as well as hunting, fishing and socializing with his family and friends. He also enjoyed Western Movies and spending time with his beloved dog Maggie. Cremation will be accorded and a Celebration of Life will be Sunday, May 1, 2022 from 2pm to 5pm at the American Legion Post 979 in Bartonville. Burial of the urn will be at Camp Butler National Cemetery at a later date. Davison-Fulton Woodland Chapel is in charge of arrangements. Memorials may be made to Ride for St. Jude. Words of comfort can be shared with the family at www.davison-fulton.com.
See more See Less

In Memory Of Joseph Charles Mudd