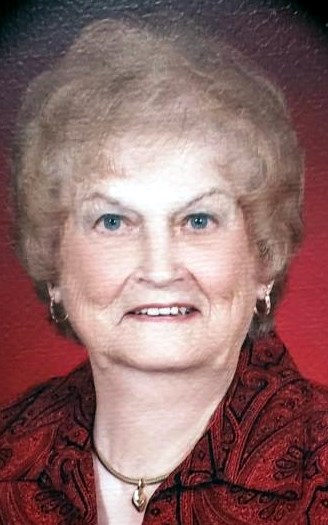 Mary Ann Browder, 91, of Chillicothe passed away on Sunday, January 23, 2022 at UnityPoint Health Methodist in Peoria. She was born on January 16, 1931 in rural Ava, IL to Everett and Pearl (Ralph) Pierson. She married John W. Browder on June 18, 1949 in Murphysboro, IL. He preceded her in death on November 13, 1989 in Chillicothe. She was also preceded in death by her parents; three brothers, one sister and great-grandson, Kyson. Mary Ann is survived by her children, Michael (Mary) Browder of Oklahoma, David (Georgia) Browder of Missouri and Kimberly Browder of Chillicothe; grandchildren, Tara Browder, John Browder, Stephanie (Ryan) Echols and Stacey (Ryan Frakes) Browder; great-grandson, Zayden; and sister, Judy (Ronald) Fincher. Mary Ann became a Christian as a young woman and she loved to volunteer her time at her church. After marrying John, she worked for Caterpillar for several years until staying home to raise her children. Mary Ann enjoyed volunteering her time at the Chillicothe Twp. office for 20 years. Funeral services will be held at 2 p.m. on Friday, January 28, 2022 at Davison-Fulton Woodland Chapel in Peoria. Pastor James Clark will officiate. Visitation will be held an hour prior to services. Memorial contributions may be made to St. Jude. Online condolences may be made at www.davison-fulton.com
See more See Less

In Memory Of Mary Ann Browder