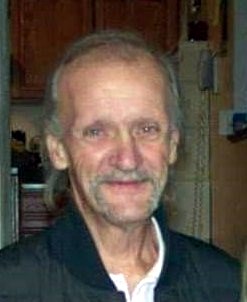 Richard Francis Cady, age 70, of Peoria, Il., went to be with the Lord on Thursday, January 19th, 2023 in Peoria. He was born September 13th, 1952, in Peoria, to William and Lola (Trent) Cady. They preceded him in death along with three brothers Robert, Terry, Joseph Cady, and one sister Connie (Cady) Powell. Survivors include seven children: Tammy (Michael) Cooper, Jill (Daniel Jenkins) Cady, Cori (Steven Leigh) Ennis, Carrie Cady, Heather (Aimee Hall) Elfen, Darcie Cady, and Jacqueline Cady. He is also survived by one granddaughter, Alexis Cady, five siblings: William (Roberta) Cady Jr., Clara (Brian) Hibbert, Val Cady, John (Polly) Cady, Michael (Brianna) Cady, and a dear friend, Geneva Trimpe. Rick served his country in the U.S. Navy during the Vietnam War. He was a security officer at Security Services. And also had his own construction companies – R.F.C. Construction and C&L Construction. He was a long time member of the Fraternal Order of Eagles (South Side Peoria). Our dad enjoyed collecting coins (pennies were his favorite!), as well as watching football and baseball games (Go Cubs!), shopping at thrift stores (Goodwill and Hope Chest), loved music and dancing, tinkering around the house, hunting, fishing, and being in nature, painting ceramics, and spending time with family and friends. Funeral services will be Thursday, January 26th, 2023 at 12 Noon at the Davison-Fulton Woodland Chapel in Peoria, Il. Bill Cox, Elder at Riverside Community Church will officiate. Visitation will be one hour prior to the services at the funeral home. Attendees are welcome to wear purple as this was Rick’s favorite color. Burial will be at Fondulac Cemetery in East Peoria with full military honors. To honor Rick’s memory, we are holding a celebration of his life on Thursday following the services at the Fraternal Order of Eagles located at 1704 South East Lane, Peoria, Il. 61605. We invite anyone who knew him to attend and remember his wonderful life. Memorials can be made to your local animal shelter as Dad had a lifelong love for all furry creatures. You may view Rick’s obituary online at www.davison-fulton.com
See more See Less

In Memory Of Richard Francis Cady