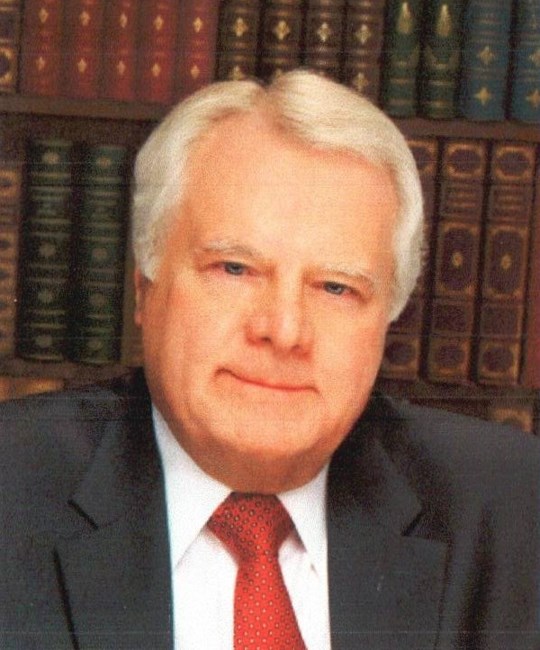 Roger Merle Bergia, 84, of Peoria, Illinois, passed away Wednesday, March 23, 2022 at the OSF Richard L. Owens Hospice Home surrounded by his family. Roger was born November 26, 1937 in Peoria, Illinois to Merle and Doris (Markham) Bergia. Roger is survived by his wife Valerie (Lane) of 61 years; daughters Lori (John) Oswalt, Amy (Michael) Carr, and Elizabeth (Paul) Anglin; grandchildren Chelse Carr, Hanna (Derek) Knight, Colin Carr, and Jacob (Ashley) Anglin; great-grandchildren Amelia Anglin, and Barrett Knight; brother Fred (Nancy) Bergia; and several loving nieces, nephews, and family members. Roger was a devoted Peoria Heights Patriot his whole life. He grew up in Peoria Heights attending Kelly Avenue Grade School and Woodruff High School. During this time, Roger was active in the Boy Scouts earning the Eagle Scout Award. After high school, he attended Eureka College, graduating in 1960 with a B.A. Degree. While at Eureka College, Roger was a member of Lambda Chi Alpha fraternity, played football for 3 years, and was co-captain of the track team for 3 years. Upon graduation, he was employed by Peoria Heights Community Unit School District #325 as a teacher from 1960-1965. From 1965-1973, he served as Principal, while attending Bradley University earning his M.A. Degree in 1967. From 1973-1974, he became Assistant Superintendent. For the next 38 years, Roger served the Peoria Heights School District as Superintendent and devoted his career to countless children, teachers, and staff. A life-long learner himself, Roger continued his education of postgraduate classes through Bradley University, Western Illinois University, and University of Illinois. After his retirement as Superintendent, Roger continued to serve the district in the role of school treasurer until his death. Throughout his career at PH CUSD #325, Roger accomplished many achievements. 1981: School Administrator of the Year, Illinois State Board of Education; 1992: Exemplary Practices Award, Early Childhood Education, Illinois State Board of Education; 1993: Business-Education Partnership Award, Illinois State Board of Education; 1996: Exemplary Partnership Award, Construction Industry Prep Work-Based Learning, Illinois State Board of Education; 1981: Outstanding Citizenship Award, Peoria Heights Chamber of Commerce; For 24 years: Administrative Agent, Director, Peoria County Early Childhood Education - 16 School Districts; Phi Delta Kappa Fraternity; 1992: Who's Who in American Education; 1984: Who's Who in The Midwest; 1999: Who's Who in America; 1997 Who's Who in the World. Roger was a devoted husband, father, grandfather, and great-grandfather. He always put the needs of his family before his own, and made the most of every moment with them. Not only did he cherish his family’s yearly holiday traditions, he was also a fun-loving kid at heart, always joking around and playing with his grandchildren. Whether giving a big bear hug greeting, enjoying a picnic on a lake, making homemade ice cream, attending his grandchildren's events, or exploring the countryside, it was time spent with family that always warmed his heart. He was also proud to welcome his two newest members, his great-grandchildren, into the family this past year. Roger was a member of Grace Presbyterian Church from the age of 12 years old when it was located on Madison Street. He will be deeply missed. Visitation will be held from 4-7 p.m. on Sunday, March 27, 2022 at Davison-Fulton Woolsey-Wilton Funeral Home in Peoria. Funeral services will be held at 11 a.m. on Monday, March 28, 2022 at Grace Presbyterian Church in Peoria. Rev. John Hopwood will officiate. Additional visitation will be held on Monday from 10-11 a.m. at the church. Burial will be in Mt. Hawley Cemetery in Peoria. Memorials may be made to Grace Presbyterian Church, 8607 IL-91, Peoria, IL 61615 or Peoria Heights CUSD #325, 500 E. Glen Ave., Peoria Heights, IL 61616. Fond memories and expressions of sympathy may be shared at www.Woolsey-Wilton.com
See more See Less

In Memory Of Roger Merle Bergia