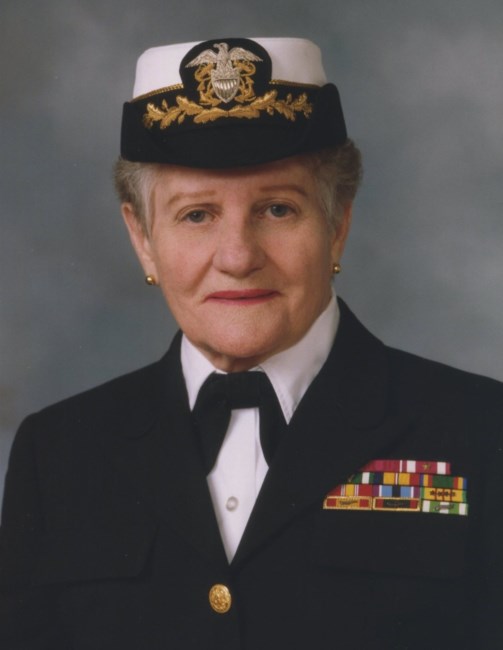 Captain Anne Steinocher, Nurse Corps, United States Navy, died Thursday, May 18, 2011. She is survived by sister Stella Nelson and brother Charles Steinocher. She was predeceased by brothers Jaroslav (who died in infancy), Frank, John, and Jim (Wes) Steinocher, and by sister Mary Steinocher.

Anne was born July 12, 1924 to Vaclav and Anna Steinocher in Moulton, Texas. She attended Novohrad Grammar School and graduated from Moulton High School in 1942. She graduated the Seton School of Nursing in 1945. Anne remained in Austin for several years, working in a private physician’s office. In 1948 she moved to College of the Pacific, Stockton, California and worked for several years as an infirmary nurse. In 1951 she moved to Los Angeles to again work as a private physician’s nurse.

Anne’s most memorable assignment was her time in Asmara, Ethiopa, where she had the honor to meet His Imperial Majesty Haile Selassie when he visited the Naval Communications Station. His visit was to the station’s chaplain, who had access to an airplane that His Imperial Majesty intended to request use of.

During her tour of duty, Captain Steinocher was awarded eleven service medals, among them the Legion of Merit, for exceptionally meritorious conduct in the performance of outstanding service as Senior Nurse Corps Assignment Officer of the Medical Assignment and Distribution Branch, Naval Nurse Command, and as Deputy Director of the Navy Nurse Corps. The medal was awarded on September 19, 1983 by President of the United States, Ronald Reagan, and signed by Secretary of the Navy John Lehman.

During her duty as Deputy Director, Captain Steinocher was cited for performance of the highest caliber and for her dynamic leadership, excellent judgment and positive attitude. She was instrumental in refining the responsiveness of the Nurse Corps as it assumed new requirements for providing anesthesia support to naval carriers. She met many new challenges and ensured each one was added to the already committed duties while still maintaining optimal staffing of the Navy Medical Department.

Anne retired to Escondido, California in 1984, and then moved to Austin, Texas in 1989 to be near family. She was active in the Military Officers Association of America, Navy Nurse Corps Association and the St. Louis Women’s Club and the Altar Committee of St. Louis Catholic Church in Austin.

Family will receive visitors Sunday, May 22 from 6 to 8 pm at Cook-Walden/Capital Parks Funeral Home, 14501 North IH-35 in Pflugerville. A rosary will be prayed at 7 pm. A memorial mass will be held Monday, May 23 at 10 am at St. Louis Catholic Church, 7601 Burnet Road in Austin. Anne will be laid to rest at Our Lady of the Rosary Catholic Cemetery in Georgetown following the mass.

To share memories of Anne with her family, please visit www.cookwaldencapitalparks.com

Visitation with Rosary at 7:00 PM