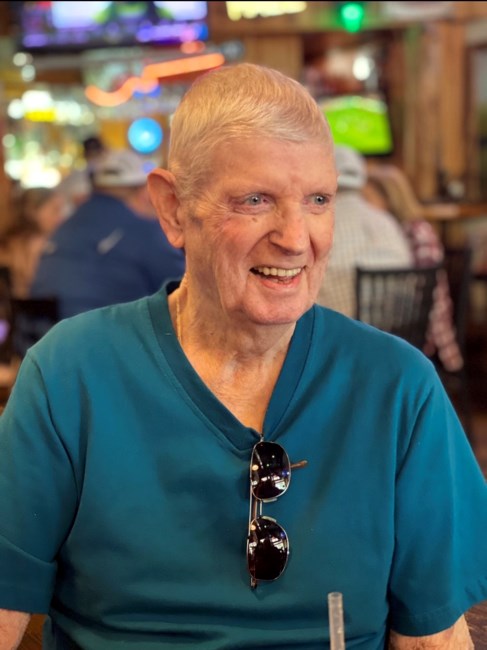 Brice Albert Coen, beloved Husband, Father, and Grandfather (82) of Round Rock, TX passed away on May 7, 2022, peacefully in his home. Brice was born in Waverly, Iowa, on August 27, 1939 to parents Mable and Albert Coen. He joined the United States Air Force in 1956 where he faithfully and honorably served his country for 22 years as a communications officer. He met his wife, Sandra, on duty stationed in Soham, England, in 1958 where they were later married on June 11, 1960. His military career led his family to many destinations including Missouri, Colorado, California, Michigan, Kansas, and Greece. He was also assigned remote tours without his family to Vietnam where he served in the war from 1966-1967, as well as the Philippines and Korea. He was an honorable recipient of many awards including the Bronze Star. Brice retired from the military as a TSgt in 1978 at Bergstrom Air Force Base where he then began a second career with Southwestern Bell and settled with his family in Austin, Texas. In 1981, he graduated from Park University with a Bachelor of Science degree. After his retirement from Southwestern Bell, Brice enjoyed many hobbies including hunting, camping, hiking, biking, walking, beekeeping, and making his own black powder ammunition. Brice is survived by his wife Sandra Coen, brother Lyle “Kent” Coen, son Gary Coen, daughter Julie Coen-Tower, son-in-law Joe Tower, and his granddaughters Samantha Coen and Jessica Tower. He is preceded in death by his parents. He will have a military service on Friday May 13, 2022, at 2:00 p.m. at Cook-Walden/Capital Parks Funeral Home in Pflugerville, Texas. Following will be a committal at Cook-Walden/Capital Parks Cemetery, 14501 North Interstate 35, Pflugerville, Texas 78660. Fond memories and expressions of sympathy may be shared at www.cookwaldencapitalparks.com for the Coen family.
See more See Less

In Memory Of Brice Albert Coen