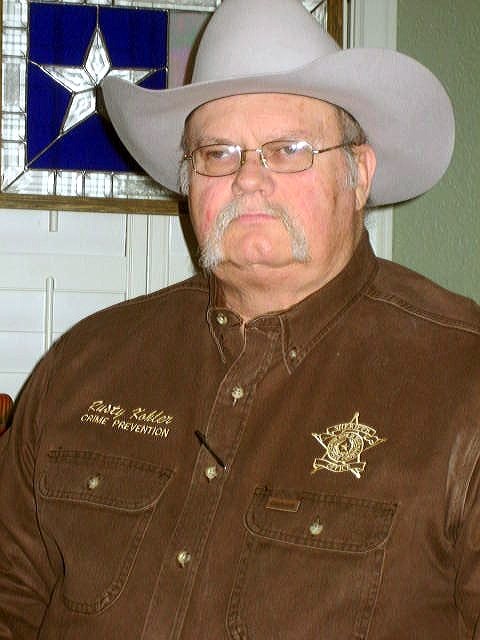 Edward Otto “Rusty” Kohler Jr, 73, of Elgin, Texas, was born February 9, 1946, in San Antonio, Texas, and passed away on Saturday, August 17, 2019, in Austin Texas. After graduating from Lanier High School, he earned his degree in Criminal Justice from Southwest Texas State University. Then, he enlisted in the United States Army where he served in Vietnam from 1967 to 1969, ending his service with an Honorable Discharge from the US Army Reserve in 1973. Rusty held the rank of E5, and served with the Military Police. After returning from the service, Rusty held jobs with Oshman’s Sporting Goods Store and Davis Hardware before joining the Austin Police Department (APD). He married Virginia Kay Nave on December 15, 1973. Rusty’s law enforcement career with APD began on May, 24, 1972, and he retired on December, 7, 1996. During his time with APD, Rusty served the citizens of Austin as a patrol officer and crime prevention officer. He was also very active with the APD Explorer Post 26. He was a pioneer in crime prevention, and was a founding member of the Central Texas Crime Prevention Association. After his retirement from APD, Rusty continued his law enforcement career with the Bastrop County Sheriff’s Office (BCSO) as a deputy with the crime prevention unit where he helped start the Citizen’s Sheriff’s Academy. He served the citizens of Bastrop County from July, 1, 1997, retiring on May 31, 2009. Rusty also helped start the Bastrop Battle of the Badges where area public service agencies come together annually for a bowling tournament with the proceeds dedicated to scholarships for individuals interested in law enforcement. During his law enforcement career, Rusty never promoted, as he felt a genuine enjoyment from being a street officer and helping people. Rusty enjoyed hunting, fishing, collecting antique glass and anything Texas related. In retirement, Rusty enjoyed traveling, visiting friends from his years in the service, as well as, parts of Ohio to participate in antique glass auctions. Rusty is preceded in death by his parents, Edward Otto “Boots” Kohler, Sr. and Bernice Elizabeth Kohler, and brother Ronny Kohler. Rusty is survived by his wife Kay Kohler of Elgin, son David Kohler and wife, Carol of Elgin, daughter, Michelle Anderson of Austin, grandchildren, Garrett Kohler and wife, Brooke of McDade, and Emmalee Kohler of Austin, great grandchildren, Landon Kohler, Jase Kohler and Hadlee Kohler of McDade, sister, Marlene Morrill, and husband Stewart of Elgin, as well as several nieces and nephews. A time of visitation for family and friends will be held from 6:00 p.m. until 8:00 p.m., Thursday, August 22, 2019. Funeral services will begin at 10:00 a.m., Friday, August 23, 2019 in The Memorial Chapel of Cook-Walden/Capital Parks Funeral Home with Travis County Sheriff’s Office Chaplain Tommy McIntosh officiating followed by a graveside service in Cook-Walden/Capital Parks Cemetery. Pallbearers will be members of the Austin Police Department Honor Guard. To leave an online condolence or share a memory with Rusty’s family, please visit www.cookwaldencapitalparks.com.
See more See Less