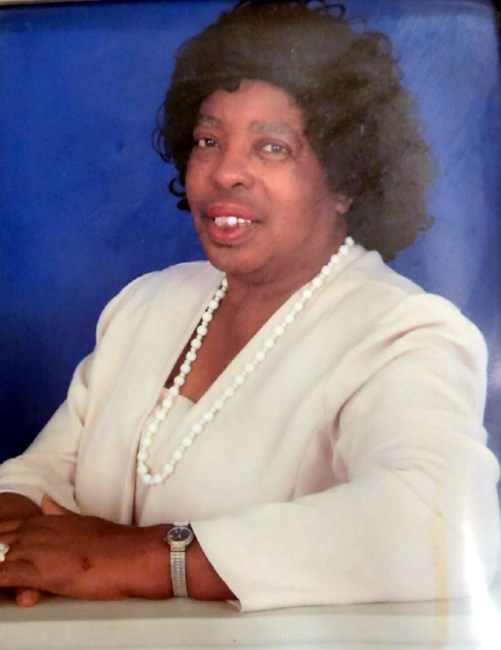 Elnora Marie Higgins was born on January 10, 1940, in Taylor, Texas. A few years later her family relocated and began to grow roots in Manor, Texas. On May 11, 1956, she was blessed with the best gift she ever received; her son, Ray Edward Habit. It was love at first sight! A year and a half later after becoming a mother, she then became a big sister to Curtis James Habit and five years after that Albert Douglas Habit (Doug). She raised her brothers alongside her son when her mother became ill. Early in her career, she worked as a housekeeper to put food on the table. Most people who knew Ms. Elnora knew she could throw down in the kitchen. She was an excellent cook and scratch baker. She then began her career at Manor ISD as a beloved food service staff member. She always had a smile on her face while serving the students (if you were nice she gave a little extra). She made life-long friends here who affectionately called her Miss Mary. Elnora was a proud member of Gildon Creek Third Missionary Baptist Church. She served as a devoted choir member for over 65 years. When she wasn't at church you could be sure to find her cheering on her Manor Mustangs at every home football game, and if you couldn't find her there, she would be traveling coast to coast, with her loving son who was her undeniable best friend. She leaves behind her only child, Ray, her brother Curtis, her bonus granddaughters Nikki and Krystal, as well as bonus great-grandsons Isaiah, Jeremiah, And Elijah. Ms. Elnora greatly impacted the lives of many and will be truly missed!  Fond memories and expressions of sympathy may be shared at www.cookwaldencapitalparks.com for the Higgins family.
See more See Less

In Memory Of Elnora Marie Higgins